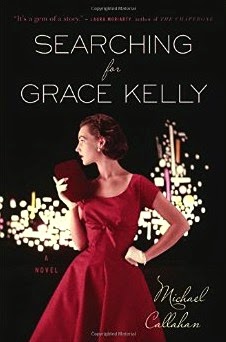 For a small-town girl with a big dream in 1955, there is no address more glamorous than New York’s Barbizon Hotel. Laura, a patrician beauty from Smith, arrives in its vaunted halls to work at Mademoiselle for the summer. Her hopelessly romantic roommate Dolly comes from a working-class upstate town to attend secretarial school. Vivian, a brash, redheaded British bombshell with a disregard for the hotel’s rules, rounds out the unlikely trio of friends. As the summer wears on, Laura struggles to find her footing in the chic but formidable world of Manhattan publishing while Dolly battles her own demons of self-doubt. Vivian longs to sing at the Stork Club instead of just shilling cigarettes there, but finds herself floundering in more ways than one. Together, the girls embark on a journey of self-discovery that will take them from the penthouse salons of Park Avenue to the Beat scene of Greenwich Village to Atlantic City’s Steel Pier — and into the arms of very different men who will alter their lives forever.

Many know I'm a self-proclaimed cover slut, so I want to be perfectly clear when I say that Greta Sibley's design had nothing to do with my decision to read and review Michael Callahan's Searching for Grace Kelly. The truth is I've many delightful character flaws and one is a tendency to let my imagination run wild which likely explains my bypassing the description under the assumption the title's focus was the famed Princess of Monaco. If memory serves, I was somewhere in chapter three when I broke to read the premise and erupted into giggles over own incompetence. Looking back, I'm almost sorry no one was 'round to witness that realization because if it was even half as amusing as I imagine we'd all have a tale to tell.

I suppose you're wondering where I'm going with this and I promise, I've a point. You see, that moment gave me reason to pause and reflect on exactly what I'd gotten myself into. Callahan's themes lean toward women's fiction, a genre I've a historically rocky relationship with and I'm not particularly keen on the 1950s. Had I bothered to do my homework, I'd have skipped the title without a second thought, but as it stood I'd managed a good thirty pages and am too damned stubborn to give up without a fight. So, skeptical of my prospects and suspicious of the material, I continued dubiously down the rabbit hole. And what did I discover at the bottom? A captivating novel that defied both odds and expectation.

Atmospherically, Searching for Grace Kelly presents a fascinating portrait of New York. The glitz and glamour of Park Avenue plays beautifully against the bohemian counterculture of Greenwich Village and the seedier elements of the city's back alleys, but none of this holds a candle to the sisterhood Callahan created behind the walls of the Barbizon Hotel. Laura, Dolly and Vivian forge a unique bond despite their differences and I found the ambiance of their shared living situation and the experiences it fostered quite entertaining.

The girls themselves are very well-drawn and universally engaging, but it was the supporting cast that captured my attention. Metzger, Nicky, Jack, Pete, Box, Betsy and Connie enjoy minor roles, but they are essential to the telling and I loved how Callahan gave each a significant moment with one or another of his protagonists. I also appreciate that not all of these characters are admirable and applaud Callahan's decision to include such a colorful group of individuals within his narrative.

Wicked, witty and overflowing with intrigue, Searching for Grace Kelly was an absolute pleasure. A surprising fiction that caught me off guard in the best possible way.

“It’s like she’s made of steel, yet the most lovely, beautiful steel ever crafted. There’s something always lingering just beneath the surface when you look at her — a sense of mystery and sex, of all the weapons one can use to be a truly compelling woman.”