Heir to a Prophecy by Mercedes Rochelle 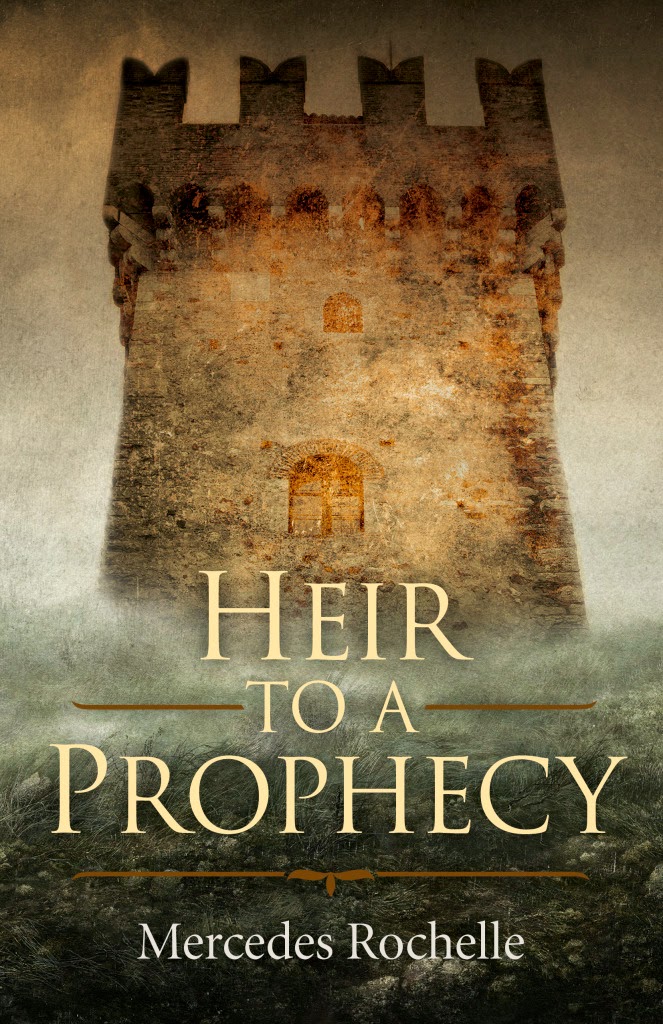 Shakespeare's Witches tell Banquo, Thou Shalt Get Kings Though Thou Be None. Though Banquo is murdered, his son Fleance gets away. What happened to Fleance? As Shakespeare's audience apparently knew, Banquo was the ancestor of the royal Stewart line. But the road to kingship had a most inauspicious beginning, and we follow Fleance into exile and death, bestowing the Witches prophecy on his illegitimate son Walter. Born in Wales and raised in disgrace, Walter's efforts to understand Banquo's murder and honor his lineage take him on a long and treacherous journey through England and France before facing his destiny in Scotland.

Mercedes Rochelle's Heir to a Prophecy was an interesting choice for me. The fact that it is historic fiction and relates to the royal Stewarts were major selling points, but I personally feel Shakespeare overrated and wasn't at all convinced the book would work. The realist in me screamed proceed with caution, but I hoped for the best am happy to report the risk proved worthwhile.

Historically speaking, the novel touches a lot of wonderful material and I actually like how it acts as a sort of bookend to the play on which it is based. There are a few graphic scenes, but I felt the content necessary and entirely appropriate to the subject matter.

I liked the balance Rochelle managed to create between fact and fiction and was pleasantly surprised at how she was able to manipulate the Shakespearean elements of the story without allowing them to overwhelm her own vision and voice. Ideally I have liked fewer protagonists and more character development, but I'm not at all disappointed with the time I spent with this piece.

A highly creative read, Heir to a Prophecy was both fun and original. A solid selection for fans of both historic fiction and light fantasy.

Daughters of kings were destined to be peace makers, giving their hand in marriage to cement a political bond. Love was a luxury that wasn’t considered important.