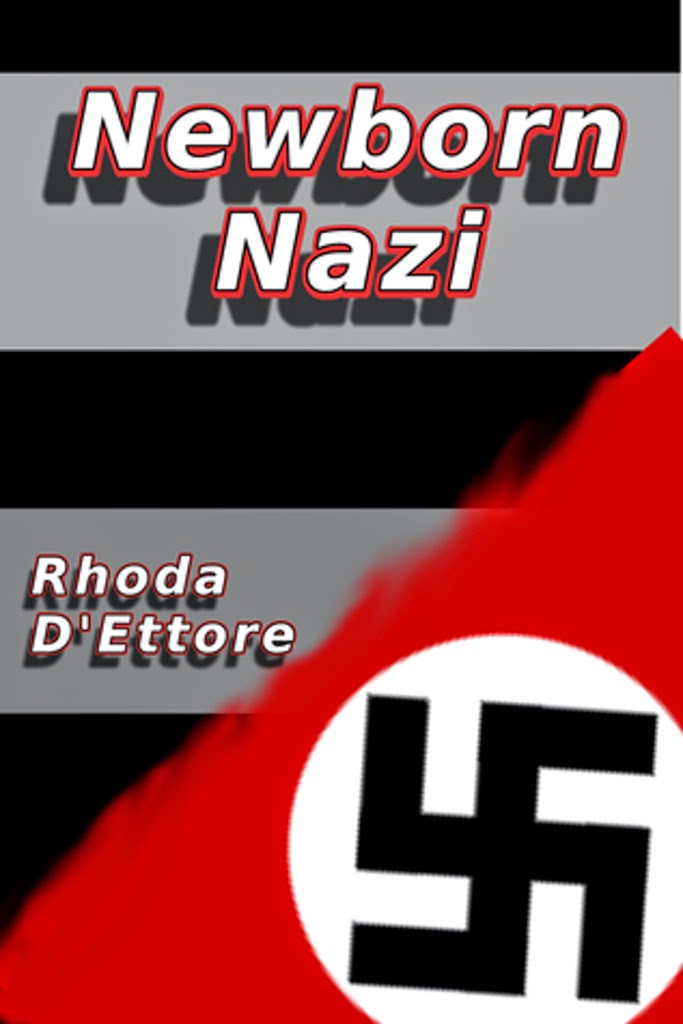 Germany, 1934 -- SS officers entered the house of Hedwig Schultz and ripped her 14 year old brother, Edmund, from her arms. He has been selected for an elite division of the Hitler Youth that will train him for indoctrination into the feared SS. Horrified, Hedwig enlists the help of her brother in America to thwart Nazi plans regarding the Final Solution of the Jewish people. It becomes a cat and mouse game as the family enters a world of Nazi spies, double agents and the Underground movement. All the while, Hedwig must prevent their brother, Edmund, from becoming suspicious. One report of treason to his Hitler Youth instructors would result in death... or worse.

I put little thought into taking on Rhoda D'Ettore Newborn Nazi for review. I don't mean to minimalize the book in any way, but drawn as I am to WWII, it wasn't exactly a hard sell. In fact the only aspect that gave me pause was the cover. Not to get too far off track, but I don't feel the image does justice to the narrative and strongly urge readers to look below surface when considering the title themselves.

In looking back, there were a lot of things I really liked about this piece. D'Ettore achieves a great balance between the masculine and feminine elements of the story and that's not something I can say about many fictional accounts of the period. She put a great deal into chronicling the experiences of Germans who opposed the Nazi Party both in America and the fatherland and crafted a very tangible sense desperation around those caught in the crossfire.

I liked the insight she offered to the Hitler Youth program and felt the contrary allegiances suffered by Edmund particularly well-drawn. I appreciated the contrast in characters like Gustav and Johann, Hedwig and Heidi, and even Jacob and Alois. Through her complex characterizations, D'Ettore challenges readers to think in shades of grey and I personally found that rather extraordinary, especially in an era that is commonly painted in black and white.

There are moments in which I felt there was simply too much happening at once, but those were few and far between. Ideally, I'd also have liked to see an author's or historical note. I thought D'Ettore's incorporation of the Hindenburg disaster fascinating and would have enjoyed reading more about her decision to utilize that material, but I questioned her treatment of Ramsay MacDonald and feel an explanation might have put that uncertainty to rest.

All in all, I found Newborn Nazi a surprisingly enjoyable read. An intense, but moving piece about family and sacrifice.

Hedwig never took her eyes from Hitler. “He is not famous, he is infamous. His officers killed my husband, and I curse him with all that is good and holy.”