Cover Cliché: Emilia in the Rosegarden 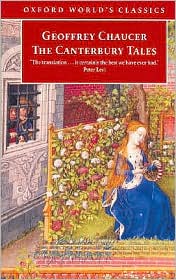 One spring day, the Narrator of The Canterbury Tales rents a room at the Tabard Inn before he recommences his journey to Canterbury. That evening, a group of people arrive at the inn, all of whom are also going to Canterbury to receive the blessings of "the holy blissful martyr," St. Thomas à Becket. Calling themselves "pilgrims" because of their destination, they accept the Narrator into their company. The Narrator describes his newfound traveling companions. 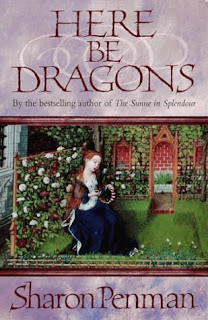 Thirteenth-century Wales is a divided country, ever at the mercy of England's ruthless, power-hungry King John. Llewelyn, Prince of North Wales, secures an uneasy truce by marrying the English king's beloved illegitimate daughter, Joanna, who slowly grows to love her charismatic and courageous husband. But as John's attentions turn again and again to subduing Wales---and Llewelyn---Joanna must decide where her love and loyalties truly lie.

The turbulent clashes of two disparate worlds and the destinies of the individuals caught between them spring to life in this magnificent novel of power and passion, loyalty and lies. The book that began the trilogy that includes Falls the Shadow and The Reckoning, Here Be Dragons brings thirteenth-century England, France, and Wales to tangled, tempestuous life. 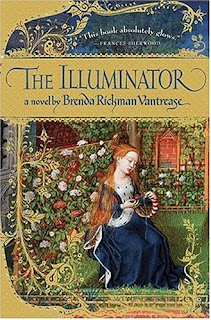 It is England, in the fourteenth century -- a time of plague, political unrest and the earliest stirrings of the Reformation. The printing press had yet to be invented, and books were rare and costly, painstakingly lettered by hand and illuminated with exquisite paintings. Finn is a master illuminator who works not only for the Church but also, in secret, for John Wycliffe of Oxford, who professes the radical idea that the Bible should be translated into English for everyone to read. Finn has another secret as well, one that leads him into danger when he meets Lady Kathryn of Blackingham Manor, a widow struggling to protect her inheritance from the depredations of Church and Crown alike. Finn's alliance with Lady Kathryn will take us to the heart of what Barbara Tuchman once called "the calamitous fourteenth century."

Richly detailed and irresistibly compelling, Brenda Rickman Vantrease's The Illuminator is a glorious story of love, art, religion, and treachery at an extraordinary turning point in history. 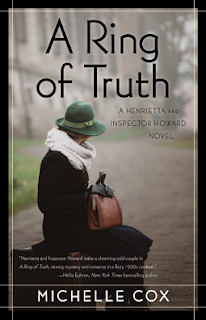 Newly engaged, Clive and Henrietta now begin the difficult task of meeting each other's family. Difficult because Clive has neglected to tell Henrietta that he is in fact the heir to the Howard estate and fortune, and Henrietta has just discovered that her mother has been hiding secrets about her past as well. When Clive brings Henrietta to the family estate to meet his parents, they are less than enthused about his impoverished intended. Left alone in this extravagant new world when Clive returns to the city, Henrietta finds herself more at home with the servants than his family, much to the disapproval of Mrs. Howard and soon gets caught up in the disappearance of an elderly servant's ring, not realizing that in doing so she has become part of a bigger, darker plot. As Clive and Henrietta attempt to discover the truth in the two very different worlds unraveling around them, they both begin to wonder: Are they meant for each other after all 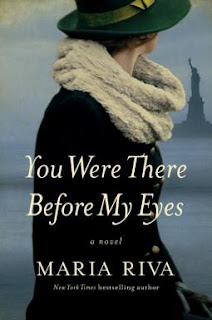 Sweeping and panoramic, You Were There Before My Eyes is the epic and intimate story of a young woman who chafes at the stifling routine and tradition of her small, turn-of-the-century Italian village. When an opportunity presents itself for her to emigrate to America, her hunger for escape compels her to leave everything behind for the gleaming promises await her and her young husband in Mr. Ford’s factories.

Determine to survive, and perhaps even thrive, young Jane finds herself navigating not just a new language and country, but a world poised upon the edge of economic and social revolution—and war. As Jane searches for inner fulfillment while building young family, the tide of history ebbs and flows. From the chaos of Ellis Island to the melting pot of industrial Detroit, You Were There Before My Eyes spills over with colorful characters and vivid period details. Maria Riva paints an authentic portrait of immigrant America and poignantly captures the ever evolving nature of the American dream. 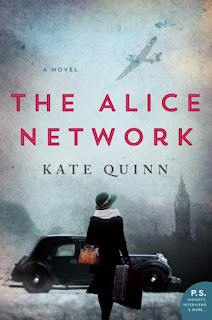 In an enthralling new historical novel from national bestselling author Kate Quinn, two women—a female spy recruited to the real-life Alice Network in France during World War I and an unconventional American socialite searching for her cousin in 1947—are brought together in a mesmerizing story of courage and redemption.

1947. In the chaotic aftermath of World War II, American college girl Charlie St. Clair is pregnant, unmarried, and on the verge of being thrown out of her very proper family. She's also nursing a desperate hope that her beloved cousin Rose, who disappeared in Nazi-occupied France during the war, might still be alive. So when Charlie's parents banish her to Europe to have her "little problem" taken care of, Charlie breaks free and heads to London, determined to find out what happened to the cousin she loves like a sister.

1915. A year into the Great War, Eve Gardiner burns to join the fight against the Germans and unexpectedly gets her chance when she's recruited to work as a spy. Sent into enemy-occupied France, she's trained by the mesmerizing Lili, the "Queen of Spies", who manages a vast network of secret agents right under the enemy's nose.

Thirty years later, haunted by the betrayal that ultimately tore apart the Alice Network, Eve spends her days drunk and secluded in her crumbling London house. Until a young American barges in uttering a name Eve hasn't heard in decades, and launches them both on a mission to find the truth ...no matter where it leads. 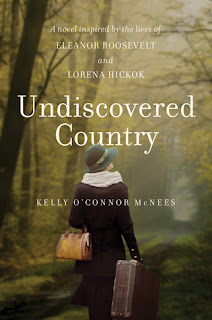 In October 1932, at the tail end of Franklin Delano Roosevelt’s first presidential campaign, Eleanor Roosevelt took an overnight train from Potsdam to Albany with Lorena “Hick” Hickok, one of the top Associated Press reporters in the country. That train ride marked the beginning of an extraordinary relationship that would last the rest of Hick and Eleanor’s lives.

In Undiscovered Country, Kelly O’Connor McNees adroitly mixes fact and fiction to present an intimate portrait of the love that bloomed between these two women, hidden in plain sight. Using historical records (including the more than three thousand letters the pair exchanged over a span of thirty years), McNees portrays their relationship from their introduction as reporter and subject through their intense first meetings, their burgeoning affair, and the conflicts that arose as journalist Hick’s ethics were hopelessly compromised by her affection for the woman she was supposed to be covering.

A remarkable portrait of Depression-era America (including Hick and Eleanor’s work on the founding of Arthurdale, the federal housing project in West Virginia for homeless ex-miners), Undiscovered Country is thoroughly researched, highly readable, and beautifully subtle—an extraordinary portrayal of one of the greatest unknown love stories in American politics. 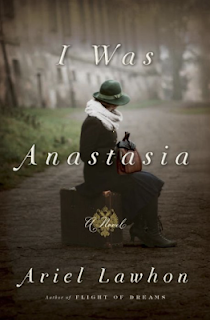 Ariel Lawhon, a rising star in historical suspense, unravels the extraordinary twists and turns in Anna Anderson's fifty-year battle to be recognized as Anastasia Romanov. Is she the beloved daughter, revered icon, and Russian grand duchess or is she an imposter, liar, and the thief of another woman's legacy?

Countless others have rendered their verdict. Now it is your turn.

Russia, July 17, 1918: Under direct orders from Vladimir Lenin, Bolshevik secret police force Anastasia Romanov, along with the entire imperial family, into a damp basement in Siberia, where they face a merciless firing squad. None survive. At least that is what the executioners have always claimed.

Germany, February 17, 1920: A young woman bearing an uncanny resemblance to Anastasia Romanov is pulled shivering and senseless from a canal. Refusing to explain her presence in the freezing water or even acknowledge her rescuers, she is taken to the hospital where an examination reveals that her body is riddled with countless, horrific scars. When she finally does speak, this frightened, mysterious young woman claims to be the Russian grand duchess.

As rumors begin to circulate through European society that the youngest Romanov daughter has survived the massacre at Ekaterinburg, old enemies and new threats are awakened. With a narrative that is equal parts The Talented Mr. Ripley and Memento, Lawhon wades into the most psychologically complex and emotionally compelling territory: the nature of identity itself.

The question of who Anna Anderson is and what actually happened to Anastasia Romanov creates a saga that spans fifty years and touches three continents. This thrilling saga is every bit as moving and momentous as it is harrowing and twisted.