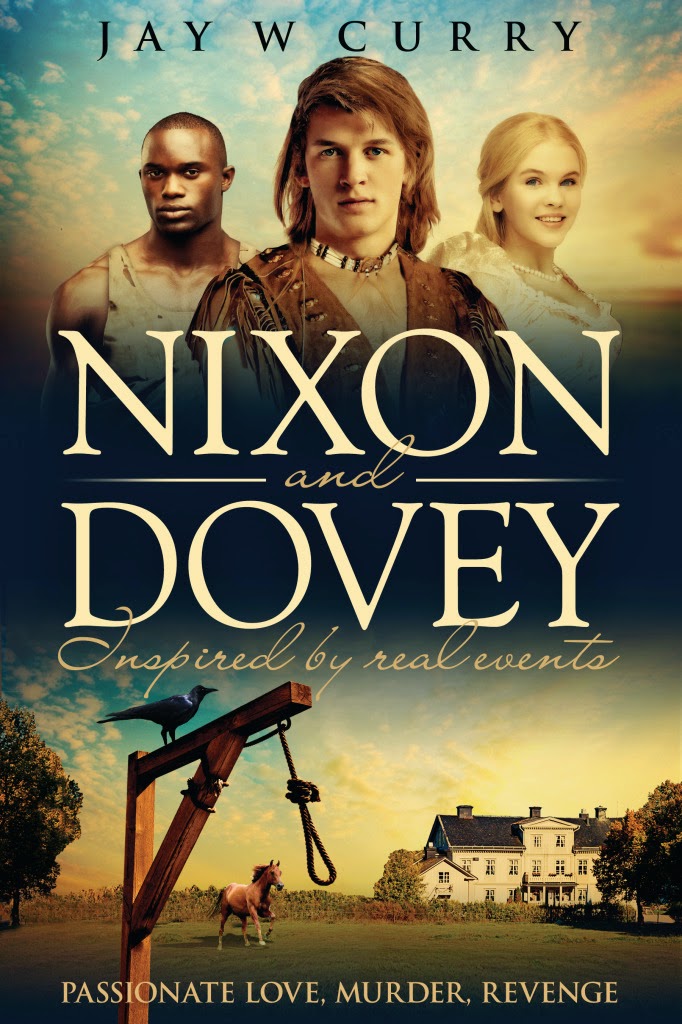 Before he met Dovey, it was just a heated feud. Now, in the backdrop of southern antebellum slavery, it’s a deadly game of passion, murder, and revenge. Facts: In 1818 Nixon Curry became entangled in one of the most sensationalized murder/love stories in early American history. As a result, Nixon Curry became arguably the most notorious and widely publicized criminal in America’s first half century. His fame derived not from the brutality or number of his crimes but from the determination of the Charlotte aristocracy to hang him. His remarkable talents, undying love for Dovey Caldwell, and the outright audacity of his exploits made him an early American legend. Story: Nixon Curry, a talented farm boy, accepts a job at a horse racing stable, where his riding skills soon rival those of his mentor, Ben Wilson. The fierce rivalry becomes confrontational at the 1816 Race of Champions. During prerace festivities, the dashing, young Nixon meets the beautiful Dovey Caldwell, daughter of the state’s wealthiest and most influential senator. Finding Nixon unworthy of Dovey’s affection, Senator Caldwell betroths his daughter to Nixon’s nemesis, Ben. The announcement sets in motion a clash of cultures, talents, and passions leading to murder, mayhem, and revenge.

In a lot of ways, Jay Curry's Nixon and Dovey took me back to my roots. Early America captivated my imagination during my teenage years and played a significant role in my love affair with historic fiction. Curry's work played on those emotions and effectually rekindled that affection and interest.

I was not familiar with Nixon's story prior to picking up this book which is why I think it makes such great fiction. I'm a big fan of little known histories and love being able to immerse myself in something that can both enlighten and entertain. Nixon and Dovey takes place in a period many readers will recognize, but its title characters have a certain mystic about them, an enigmatic quality that draws on the imagination and keeps one turning the page.

There is also a lot of really interesting thematic material in this piece which is something I found particularly appealing. Race relations, for example, are a topic usually reserved for stories of the latter half of the 1800s and I really liked Curry's ability to tackle the subject in a nontraditional setting. Nixon's story is part of a larger picture and I admire the manner in which Curry wove that type of intense subject matter into the fabric of his story.

A fun read that broadens one's understanding of the past, Nixon and Dovey is a delightful novel of love, loyalty and spirit.

"Sounds like you’re at the fork. It’s the good me–bad me fork. For you, it’s either escape into a new life or return for revenge.”

Check Out All the Stops on Jay W. Curry's Nixon and Dovey Blog Tour Schedule