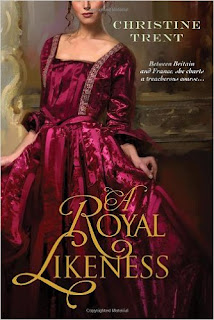 As heiress to the famous Laurent Fashion Dolls business, Marguerite Ashby's future seems secure. But France still seethes with violence in the wake of the Revolution. And when Marguerite's husband Nicholas is killed during a riot at their shop, she leaves home vowing never to return. Instead, the young widow travels to Edinburgh and joins her old friend, Marie Tussaud, who has established a touring wax exhibition. Under the great Tussaud's patient instruction, Marguerite learns to mold wax into stunningly lifelike creations. When Prime Minister William Pitt commissions a wax figure of military hero Admiral Nelson, Marguerite becomes immersed in a dangerous adventure--and earns the admiration of two very different men. And as Britain battles to overthrow Napoleon and flush out spies against the Crown, Marguerite will find her own loyalties, and her heart, under fire from all sides. With wit, flair, and a masterful eye for telling details, Christine Trent brings one of history's most fascinating eras to vibrant life in an unforgettable story of desire, ambition, treachery, and courage.


Go into this novel with an open mind. Having any sort of preconceived expectation of greatness will result in sound disappointment. A Royal Likeness picks up where The Queen’s Dollmaker left off, makes a dramatic departure from its processor and never looks back.


Trent could not settle on a story line. Marguerite starts as the aspiring entrepreneur we know from the previous novel but quickly becomes Tussaud’s apprentice, hero of the battle of Trafalgar and the central component in political dealings for the good of the empire. Personally, that never came together for me. I felt like the author opened a history book and said “hey, this looks interesting, where can I fit it in?” Trent has some talent as a writer but her inexperience is self-evident. The constant changes in storyline and characterization are exhausting to read.


Her fictitious players have such dramatic changes in their basic makeup that they almost invalidate the original novel. Claudette is content attending social outings and playing mother hen to her children? This is a character who journeyed to France during the Revolution for a doll order. I cannot believe she would settle down into a life of blissful domesticity. Where is the fire and passion that drove her to become the best dollmaker in London? Nathaniel and his mother were thrown in for comic relief but they play such an insignificant part that their presence comes off as a cheesy attempt to create continuity between the novels. And since when is Nathaniel obsessed with his sister-in-law? Marguerite was poised to follow in Claudette’s footsteps but her determination and overall interest in her art is thwarted and never recovers. Her character moves into wax modeling but the inquisitive little girl who peppered the doll shop staff with technical questions never resurfaces. Marguerite takes on the role of place holder. The story revolves around her but she never comes through as particularly interested or devoted to her craft.


The historic cast is also ill-treated. Madame Tussaud’s broken English and overall characterization felt abrasive. I cannot picture a woman with her talent and level of success being such a complete stick-in-the-mud. Why were Nelson, Grey, Pitt and Fox invited to the party? Their part in the story could have been another book entirely – hopefully one with a completely separate cast since the idea itself wasn’t a bad one.

In all honesty, I wish I had skipped this one. I would much rather see one well developed storyline than read a hodgepodge assortment of half-baked ideas. Read The Queen’s Dollmaker and leave it at that.

Marie drew in her breath as she tried to think how to best answer. Her future depended on her next words to this man she both feared and detested...