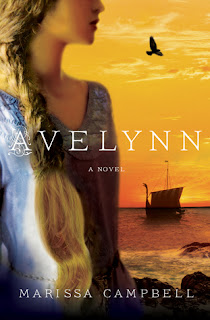 One extraordinary Saxon noblewoman and one fearless Viking warrior find passion and danger in this dazzling and sensuous debut. Marissa Campbell's debut novel is a winning combination of romance, history, and adventure sure to appeal to fans of Diana Gabaldon. It is 869. For eighteen years, Avelynn, the beautiful and secretly pagan daughter of the Eadlorman of Somerset has lived in an environment of love and acceptance. She hasn't yet found a man to make her heart race, but her father has not pressured her to get married. Until now. With whispers of war threatening their land, her father forces Avelynn into a betrothal with Demas, a man who only covets her wealth and status. The dreaded marriage looming, she turns to her faith, searching for answers in an ancient ritual along the coast, only to find Alrik the Blood-Axe and sixty Viking berserkers have landed. Alrik is unlike any man she has ever known, strong and intriguing. Likewise, he instantly falls for her beauty and courage. The two stumble into a passionate love affair, but it's more than just a greedy suitor who will try to keep them apart. As the Saxons and Vikings go to war, Avelynn and Alrik find themselves caught in the throes of fate. Can they be true to their people as well as to each other?

As of July 29th, Marissa Campbell Avelynn has logged thirteen ratings on Goodreads. Of those thirteen, twelve are five star reviews. The thirteenth is my own and I honestly find that fact rather amusing. I’m not in the business of following the crowd and I’m not afraid to stand alone. I call it like I see it and while I enjoyed the book well enough, I can’t say it blew me away.

To be fair, Avelynn started strong. The historic and cultural details Campbell incorporated in the early chapters of the narrative put me in mind of Patricia Bracewell’s Shadow on the Crown and that is no small feat. Unfortunately for me, Campbell’s focus shifted as the story progressed. The romantic storyline overshadowed period detail and pagan mythology eclipsed authentic social norms. The latter chapters felt more like Marion Zimmer Bradley’s The Mists of Avalon and much as I like Arthurian legend, the shift in Campbell’s tone didn’t work for me.

To make matter worse, I didn’t feel either element particularly convincing. Avelyenn and Alrik share moments punctuated by taunt nipples and tented trousers, but I didn’t understand the chemistry that was meant to exist between them. To add insult to injury, the circumstances of their coupling can only be described as a medieval booty call and call me crazy, but I don’t find that sort of situational drama appealing in any capacity. As to Avelynn’s faith, Campbell’s depiction of the paganism struck me as superficial. Religion is not a theme of the narrative and the author does not explore the doctrine in any way, shape or form. It’s there, but it serves as a plot device rather than a motif.

In the realm of supporting characters, I found Demas’ personality and story arc predictable, a fact that crippled much of the story’s climactic final scenes. I genuinely enjoyed Muirgen, but her role is marginal at best and the reader doesn’t get a lot of face time with her. I think Alrik and Edward had a lot of potential, but I don’t feel the author took full advantage of it. Both drive Avelynn in different ways, but neither felt rounded in their own right.

At the end of the day, I found Avelynn a diverting and at times amusing read. The author obviously put a lot into researching the piece and though I’d have preferred a less fluffy plot, I admit to enjoying both the heroine and the time I spent with engaged in her story.

This was supposed to be my legacy, these people my responsibility. I wouldn’t give it up so easily. I turned back to Bertram. This was the chance I’d been waiting for, the opportunity to finally prove myself as a competent leader—a leader who didn’t need a husband to make decisions for her.