Interview with Linda Bennett Pennell, author of Confederado do Norte

Author interviews are one of my favorite things to post which is why I am super excited to welcome author Linda Bennett Pennell to Flashlight Commentary to discuss Confederado do Norte. 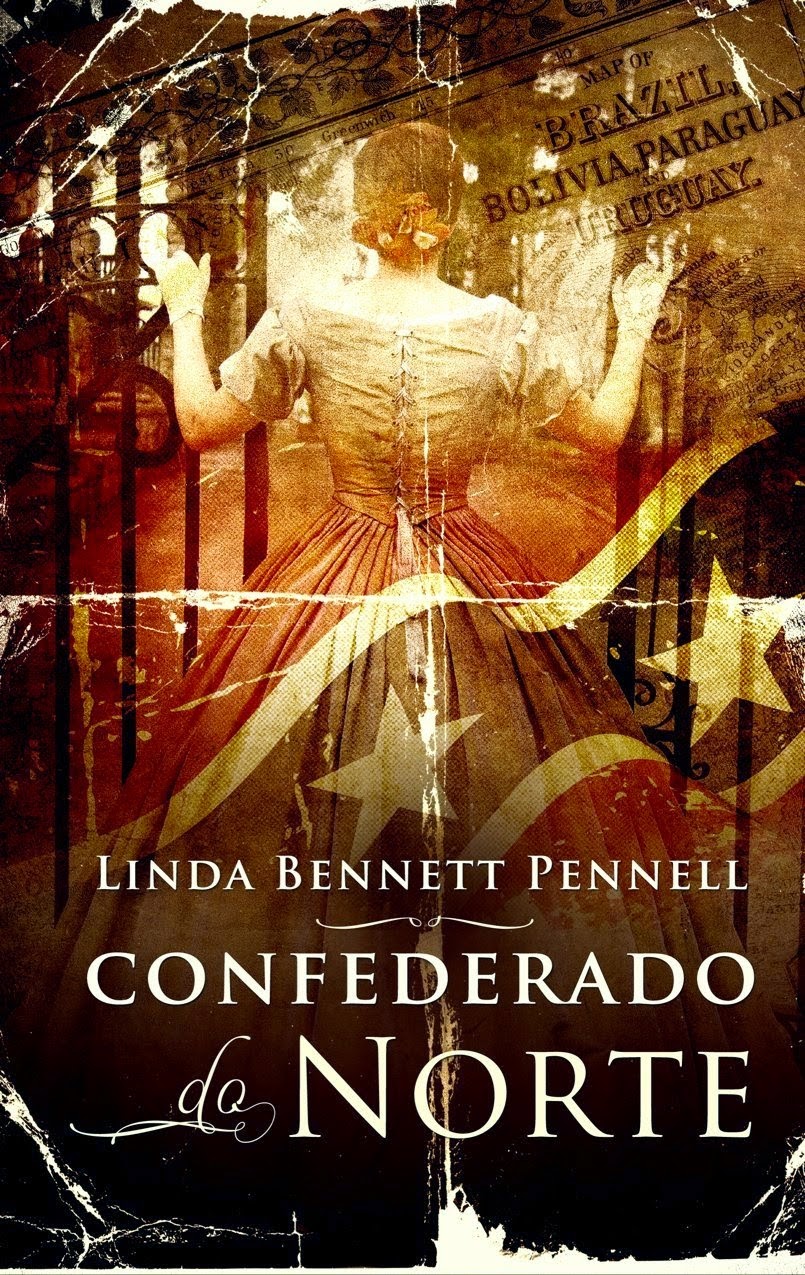 Set during the aftermath of the American Civil War, Confederado do Norte tells the story of Mary Catherine MacDonald Dias Oliveira Atwell, a child torn from her war devastated home in Georgia and thrust into the primitive Brazilian interior where the young woman she becomes must learn to recreate herself in order to survive.

October, 1866.
Mary Catherine is devastated when her family emigrates from Georgia to Brazil because her father and maternal uncle refuse to accept the terms of Reconstruction following the Confederacy’s defeat. Shortly after arrival in their new country, she is orphaned, leaving her in Uncle Nathan’s care. He hates Mary Catherine, blaming her for his sister’s death. She despises him because she believes Nathan murdered her father. When Mary Catherine discovers Nathan’s plan to be rid of her as well, she flees into the mountain wilderness filled with jaguars and equally dangerous men. Finding refuge among kind peasants, she grows into a beauty, ultimately marrying the scion of a wealthy Portuguese family. Happiness and security seem assured until civil unrest brings armed marauders who have an inexplicable connection to Mary Catherine. Recreating herself has protected Mary Catherine in the past, but this new crisis will demand all of the courage, intelligence, and creativity she possesses simply to survive.

Where did this story begin? What prompted you to write it?
My undergraduate major was U.S. and English history, so I had always known that a few southerners immigrated after the Civil War, but that was about it. After reading an article about the present day descendants of the original Confederados, I decided their ancestors’ story would make a great novel. I had been looking for a vehicle in which to explore the themes of defining family beyond the ties of blood and what comprises citizenship. Mary Catherine’s story became that vehicle.

How would you describe Mary Catherine? What kind of person is she?
Mary Catherine began life as the rather cossetted, maybe even a little bit spoiled, only child of a moderately well off planter. During the war, she had to grow up fast and became more self-reliant. By the time she and her emotionally damaged family reached Brazil, she learned very quickly that she had no one upon whom she could depend but herself. She grew into a young woman who was determined to survive despite betrayals by family and in-laws. Emotions ran deeply with her. She loved and hated with equal fervor. Toward the end of her life, she could no longer bury the past, and so, she decided to examine it and by doing so, hoped to achieve peace, forgiveness, and understanding.

Brazil isn’t a local I’m used to seeing in historic lit. What about the setting appealed to you as an author?
I chose Brazil because it was different from what one normally expects in historical fiction. It was also the locale of the greatest number of Confederate immigrants; therefore, it has the greatest amount of primary source material available. If one travels to Americana, Brazil on a festival day, one can see Confederado descendants dressed in antebellum ball gowns and Confederate gray uniforms dancing on a dance floor painted with a huge Stars and Bars flag. While I do not agree with their ancestors’ choices before or after the war, I find their story fascinating.

I was greatly impressed with the themes you explored in Confederado do Norte. Which is your favorite?
The theme of how one defines family was and is dear to my heart. I have no siblings, so I have had to “create” my own through friendships and extended family relationships. In this way, I believe we can create ties that are just as tight as those created by blood.

There are also two things in the story that are based on personal family stories. Uncle Nathan’s being shamed into taking care of Mary Catherine after her parents died and his being neglectful is loosely based on my maternal grandmother’s young years. She was in a similar situation with her uncle and his family. Fortunately, they weren’t as bad as Nathan, but the experience left her feeling somewhat bitter towards them for many years.  In addition, Mary Catherine’s Bess is based on a woman in my maternal grandfather’s family. The real Bess helped raise my grandfather and his siblings and they loved her like they did their own mother. She lived in the house with a member of the family and was cared for by them until she died of old age. In a time when the KKK was running rampant in the state of Georgia, this was considered unusual, but Bess was considered family despite her being black.

You probably have many, but is there a scene you particularly enjoyed writing?
Wow, this is a hard one. I enjoyed writing about Mary Catherine’s relationship with Henry, her uncle’s slave, because it gave me a chance to explore how tight bonds are forged through mutual hardship. I really liked Henry. He had survived terrible hardship, but had managed to maintain a kind and loving heart. Henry was a really good guy.

I also enjoyed the courtship between Mary Catherine and Robert Atwell. I had tortured her so much by then that writing some happiness into her life felt really good!

What scene posed the greatest challenge for you as an author? Why was it troublesome and how did you work through it?
I always struggle with sex scenes. I finally decided to close the door on Mary Catherine and Gus’s sex scenes because I didn’t like anything that came out of writing them with the door open, as we say. I guess I’m old school in that I find it much more alluring to have to use my imagination when reading about this part of romance.

Sometimes fiction takes on a life of its own and forces the author to make sacrifices for the sake of the story. Is there a character or concept you wish you could have spent more time on?
Not really. Mary Catherine always was to be the focus of the story. If I were to write another book with these characters, it would probably be a prequel showing the family’s life before the war.

Historical novelists frequently have to adjust facts to make their stories work. Did you have to invent or change anything while writing Confederado do Norte and if so, what did you alter?
The biggest challenge in this area was writing about a country that I have not personally visited nor had I studied in detail. Thanks to books, primary sources written by the original Confederados, Google, Google Maps, and Google Earth, I was able to peace together what the terrain must have looked like. I did take some liberties with Mary Catherine’s runaway trip up the river for the sake of story. The rivers were not as wild as I have described them.

If you could sit down and talk with one of your characters, maybe meet and discuss things over drinks, who would you choose and why?
I think it would have to be Mary Catherine! It’s her story, after all. I would like to ask her if she found the peace she sought. I like to think that she did.

Just because I’m curious, if you could pick a fantasy cast to play the leads in a screen adaptation of Confederado do Norte, who would you hire?
If we could get Keira Knightly or Rachel Weisz to die their hair auburn, either would be able to carry off Mary Catherine. As to Gustavo, I had the young Antonio Banderas and Nacho Figueras, the real polo player who models for Ralph Lauren, in mind the whole time I was writing him. Those are two beautiful men!!

Finally, what's next for you? Do you have a new project in the works?
Thank you so much for asking! I am thrilled to share that my 2015 release is in second round edits and should come out later this year from The Wild Rose Press. It is a World War II historical suspense with romantic elements set in the weeks leading up to the first Allied conference in 1943 in Casablanca. It is entitled Casablanca: Appointment at Dawn and features spies, double agents, an OSS officer, and a US Army nurse.

My current work-in-progress, tentatively entitled Miami Days, Havana Nights, will feature a history professor whose specialty is American crime. She will be delving into the world of how the Mafia came to power in Miami and Havana. It, too, is historical suspense with romantic elements. Writing keeps me busy and out of trouble!

PRAISE FOR CONFEDERADO DO NORTE

"Poignant, bold and ambitious, Confederado do Norte is a must for fans of post-Civil War lit and historic sagas alike. A memorable and thought-provoking piece that is sure to satisfy." - Flashlight Commentary 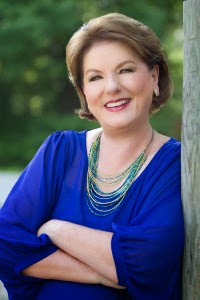 I have been in love with the past for as long as I can remember. Anything with a history, whether shabby or majestic,03_Linda Bennett Pennell_Author recent or ancient, instantly draws me in. I suppose it comes from being part of a large extended family that spanned several generations. Long summer afternoons on my grandmother’s porch or winter evenings gathered around her fireplace were filled with stories both entertaining and poignant. Of course being set in the American South, those stories were also peopled by some very interesting characters, some of whom have found their way into my work.

As for my venture in writing, it has allowed me to reinvent myself. We humans are truly multifaceted creatures, but unfortunately we tend to sort and categorize each other into neat, easily understood packages that rarely reveal the whole person. Perhaps you, too, want to step out of the box in which you find yourself. I encourage you to look at the possibilities and imagine. Be filled with childlike wonder in your mental wanderings. Envision what might be, not simply what is. Let us never forget, all good fiction begins when someone says to her or himself, “Let’s pretend.”

I reside in the Houston area with one sweet husband and one adorable German Shorthaired Pointer who is quite certain she’s a little girl.

Favorite quote regarding my professional passion: “History is filled with the sound of silken slippers going downstairs and wooden shoes coming up.” Voltaire