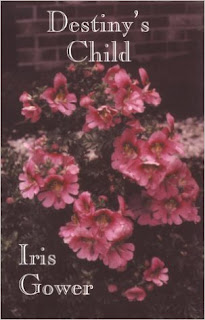 It was a prophecy told to her by an old woman: she would marry a man with flame-coloured hair, and bring forth a King of England. But Margaret Beaufort had been forced by feeble-minded Henry VI to marry the Duke of Somerset's son, so how could she ever be married to handsome, red-haired Edmund Tudor, even though she loved him? And even if that came to pass, how could any son of theirs ever become King, when there were so many others with better claims to the throne? But slowly the prophecy began to be fulfilled: at the age of thirteen Margaret was married to her beloved Edmund, and she bore him a son — but not before Edmund had died of a fever. And so Margaret poured all her love and devotion into the life of her son Henry, vowing that, whatever the cost, one day he should be King of England.

I am absolutely never reading Iris Gower again. Destiny’s Child is a terrible, horrible, no good, very bad book and that is being generous. I give the author pity points for attempting to fictionalize the life of Margaret Beaufort but beyond that, the book is a waste of both time and paper.

The novel begins just before or after Margaret’s ninth birthday and concludes when Margaret is forty-one. Issue number one is that between point a and b there are exactly zero references to the date. You read that correctly, zero, as in none, nil, niente. Unless you are familiar with the timeline of Margaret's life you have absolutely no idea how much time has passed between events.

Issue number two is that time slows to a crawl or rushes forward without regard for the actual timeline of events. As I said the book starts at age nine(ish) and ends at age forty-one. At the halfway point, Margaret is a new mother at the age of thirteen. I’ll save you the trouble of calculating the figures and make it simple. The first half of the book covers four years while the second covers a span of twenty-eight. Atrocious formatting.

Issue number three. Margaret was twelve years old when she married the twenty-five year old Edmund Tudor Now, I can accept the age gap and in all honesty Margaret could have easily been married to a much older man so thirteen years is not that big a deal. The problem I have is that Gower made this marriage the love match of the century! I’m sorry but I don’t see it. This was pure politics my friends. Given time it may have evolved into an affectionate arrangement but I highly doubt it was the passionate affair Gower fabricates here.

Moving on to issue number four. Margaret is twelve when Gower writes “You are lovely and innocent as a child.” and “…lifting her skirts like a child, she ran across the green to meet him.” I hate to point this out but Margaret is in fact an adolescent. Now child marriages were common place in medieval England but even so, Margaret was younger than most. The issue here is that Gower has no understanding of an adolescent’s mind. Gower’s characterization of Margaret is as savvy and intelligent as Eleanor of Aquitaine at her height. Where was the development? Where was the growth?

I don’t think I need to go much further than issue number five. In Gower’s story Edmund becomes sick during an extended visit to his father. Margaret wakes in the night to his rasping breath and realizes her beloved husband’s time is limited. Sweet story but complete bull. Edmund was captured in mid-1446 and imprisoned in South Wales. The sixth month pregnant Margaret was not in attendance when he died of plague. Upon hearing the news, Margaret fled to the protection of her brother-in-law at Pembroke Castle. Being unable to create an appropriate character, fabricating a romantic attachment, and omitting chronological references are enough to make me angry but rewriting history is an offense I cannot forgive.

I’m going to end before I write a novel. Recommended to no one, avoid at all costs.

Her breath caught in her throat as she watched it being placed on hair that was like a flame under the richness of the crown. Her son, this tall young man, was now the King of England.