#CoverCliche: Across the Lonesome Prairie 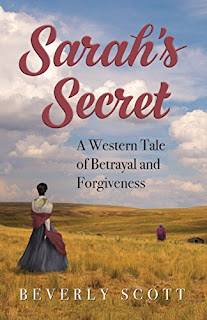 Follow the paths of Sarah and Will (or Sam) as they tell their stories of trust, secrets, and betrayal on the frontier in the old West. Their pioneer spirit helped to fuel the expansion into the Western territories of the United States. The two are historically on their separate journeys, yet they remain intimately connected.

In 1878, Will is on the run after killing a man in a barroom gunfight. He escapes the Texas Rangers by joining a cattle drive as a cook headed to Dodge City. He struggles with the dilemma of saving his life or attempting to return to his pregnant wife and five children. Just when he thinks he might be able to return home, he is confronted by a bounty hunter who captures him and plans to return him to Fort Worth, Texas to be hanged.

Although Will changes his name to Sam, he remains an irresponsible, lonely and untrustworthy man on the dodge from the law who abandons the women he loves. He ultimately seeks redemption and marries Sarah.

In 1911, Sarah, a pioneer woman, and a widow with five children, struggles to find the inner strength to overcome betrayal, loneliness, fears, and self-doubt. Her husband, Sam, thirty years her senior, died with a mysterious and defiant declaration, "I won't answer!." Despite poverty and a crippling illness, she draws on her pioneer spirit to hold her family together and return to Nebraska to be near her parents and siblings.

When Sarah returns to Nebraska she receives staggering news which complicates her efforts to support her children. She is shocked, angry and emotionally devastated. Since she is attempting to establish herself in the community as a teacher, she believes she must keep her secret even from her own family. Will Sarah find forgiveness in her heart and the resolve to accept her new life alone? 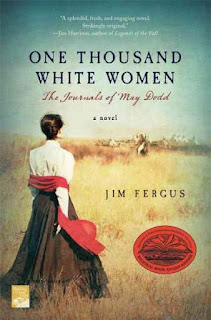 One Thousand White Women is the story of May Dodd and a colorful assembly of pioneer women who, under the auspices of the U.S. government, travel to the western prairies in 1875 to intermarry among the Cheyenne Indians. The covert and controversial "Brides for Indians" program, launched by the administration of Ulysses S. Grant, is intended to help assimilate the Indians into the white man's world. Toward that end May and her friends embark upon the adventure of their lifetime. Jim Fergus has so vividly depicted the American West that it is as if these diaries are a capsule in time.