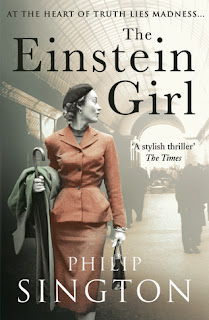 At the heart of truth lies madness...

Two months before Hitler's rise to power, a beautiful young woman is found naked and near death in the woods outside Berlin. When she finally wakes from her coma, she can remember nothing, not even her name. The only clue to her identity is a handbill found nearby, advertising a public lecture by Albert Einstein: 'On the Present State of Quantum Theory'.

Psychiatrist Martin Kirsch takes the case, little suspecting that this will be his last. As he searches for the truth about 'the Einstien Girl', professional fascination turns to reckless love. His investigations lead him to a remote corner of Siberia via a psychiatric hospital in Zurich. There the inheritor of Einstein's genius - his youngest son, Eduard - is writing a book that will destroy his illustrious father and, in the process, change the world. 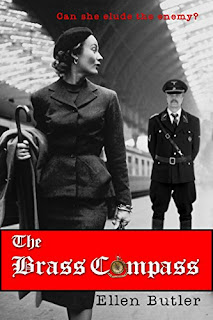 A beautiful American spy flees into the night. On her own, she must live by her wits to evade capture and make it to the safety of the Allied forces.

Lily Saint James grew up traveling the European continent, learning languages as she went. In 1938, her mother’s abrupt death brings her back home to Washington, D.C., and after the bombing of Pearl Harbor, Lily comes to the attention of the Office of Strategic Services (OSS). Her knowledge of German, French, and Italian makes her the perfect OSS Agent, and her quick thinking places her as a nanny in the household of an important German Army Colonel, where she is able to gather intelligence for the Allies. After her marketplace contact goes missing, she makes a late-night trip to her secondary contact only to find him under interrogation by the SS. When he commits suicide, she flees into the frigid winter night carrying false identification papers that are now dangerous and a mini film cartridge with vital strategic information. In order to survive, Lily must make it out of Germany, into the hands of Allied-controlled France, through a path fraught with peril. 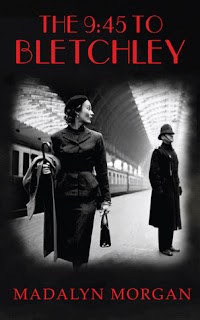 In the midst of the Second World War, and charged with taking vital equipment via the 9:45 train, Ena Dudley makes regular trips to Bletchley Park, until on one occasion she is robbed. When those she cares about are accused of being involved, she investigates, not knowing whom she can trust. While trying to clear her name, Ena falls in love.