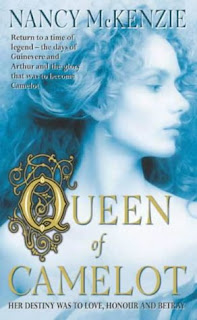 On the night of Guinevere’s birth, a wise woman declares a prophecy of doom for the child: She will be gwenhwyfar, the white shadow, destined to betray her king, and be herself betrayed. Years pass, and Guinevere becomes a great beauty, riding free across Northern Wales on her beloved horse. She is entranced by the tales of the valorous Arthur, a courageous warrior who seems to Guinevere no mere man, but a legend. Then she finds herself betrothed to that same famous king, a hero who commands her willing devotion. Just as his knights and all his subjects, she falls under Arthur’s spell.

At the side of King Arthur, Guinevere reigns strong and true. Yet she soon learns how the dark prophecy will reveal itself. She is unable to conceive. Arthur’s only true heir is Mordred, offspring of a cursed encounter with the witch Morgause. Now Guinevere must make a fateful choice: She decides to raise Mordred, teaching him to be a ruler and to honor Camelot. She will love him like a mother. Mordred will be her greatest joy–and the key to her ultimate downfall.

Return to a time of legend–the days of Guinevere and Arthur and the glory that was to become Camelot. 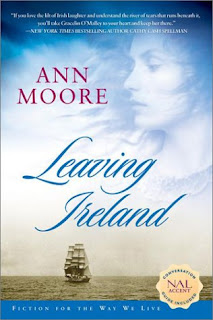 Forced to flee Ireland, Gracelin O’Malley boards a coffin ship bound for America, taking her young daughter with her on the arduous transatlantic voyage. In New York, Gracelin struggles to adapt to a strange new world and to the harsh realities of immigrant life in a city teeming with crime, corruption, and anti-Irish prejudice. As she tries to make a life for herself and her daughter, she reunites with her brother, Sean . . . and a man she thought she’d never see again. When her friendship with a runaway slave sweeps her into the volatile abolitionist movement, Gracelin gains entrée to the drawing rooms of the wealthy and powerful. Still, the injustice all around her threatens the future of those she loves, and once again, she must do the unthinkable. 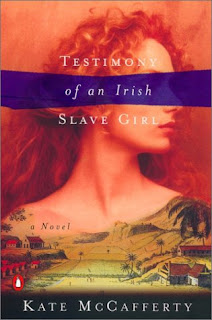 The captivating story of Cot Daley, kidnapped in Galway and shipped to Barbados and sold as a slave. The survivor of a failed rebellion, in which black and Irish slaves have conspired to overthrow their masters, Cot Daley is called in for questioning. She agrees to give her account only as part of her life story, wanting to set the record straight for posterity. The tale of her amazing life unfolds: the journey to Barbados, the harrowing years of fieldwork on the sugarcane plantations, and her marriage to an African slave and rebel leader. Kate McCafferty brilliantly re-creates this little-known part of seventeenth-century history, when more than fifty thousand Irish were sold to the plantation owners of the Caribbean.

Flashlight Commentary claims no credit for any images posted on this site unless otherwise noted. Images on this blog are the copyright property of their respective owners. Any image without an attribution is, to the best of my knowledge, free of copyright in the United States.

If there is an image on this blog that belongs to you and you do not wish for it appear on this site, please notify me at the email address below my FAQs and your work will be promptly removed.
Goodreads
Facebook
Google+
Twitter
Instagram
Pinterest