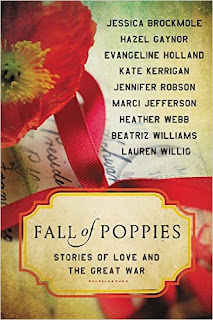 Top voices in historical fiction deliver an unforgettable collection of short stories set in the aftermath of World War I—featuring bestselling authors such as Hazel Gaynor, Jennifer Robson, Beatriz Williams, and Lauren Willig and edited by Heather Webb. On the eleventh hour of the eleventh day of the eleventh month... November 11, 1918. After four long, dark years of fighting, the Great War ends at last, and the world is forever changed. For soldiers, loved ones, and survivors the years ahead stretch with new promise, even as their hearts are marked by all those who have been lost. As families come back together, lovers reunite, and strangers take solace in each other, everyone has a story to tell. In this moving anthology, nine authors share stories of love, strength, and renewal as hope takes root in a fall of poppies. 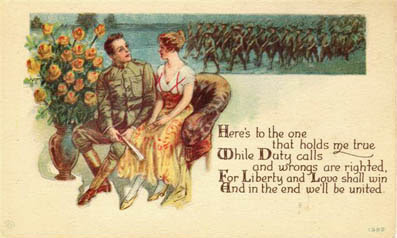 There are a handful of authors I truly love reading and when I get an email from one asking me to review their work... Well, it's not a question of if I'll review it so much as when I can fit it into my schedule. It doesn't happen often, but this is how I came to possess an ARC edition of Fall of Poppies.

I'd been eyeing the anthology since it was announced and thought it'd make a great companion to Grand Central. It is an entirely different group of authors, but it in terms of subject matter, I felt the two complimented one another and having loved the first, I couldn't help being drawn to the second.

I suppose I should admit that I was familiar with the works of Jessica Brockmole, Marci Jefferson, and Heather Webb prior to Fall of Poppies. I've recommended Letters from Skye, Enchantress of Paris, Girl on the Golden Coin, Rodin's Lover, and Becoming Josephine several times each and I was eager to see how each writer would navigate storytelling on a smaller scale. I admire each greatly and couldn't have been happier about getting to experience their latest publications before the official release date.

Hazel Gaynor, Evangeline Holland, Kate Kerrigan, Jennifer Robson, Beatriz Williams, and Lauren Willig were names I knew well. I'd eyed many of their titles with interest, but Fall of Poppies marks my first experience with each. It was a long time coming, but Fall of Poppies was an introduction I wont soon forget and I'll likely be on the lookout for each of these ladies in the coming year.

Marci Jefferson's The Daughter of Belguim, like many of the stories, touches on a lot of interesting subject matter. Taking inspiration from the story of Edith Cavell, Jefferson tackled the silent struggles of those who dedicated to tending the wounded. Strength tempered by pain and loss is not something I see everyday, but Jefferson's presentation of Amelie proved both convincing and powerful. I liked the combination and felt the complexity of her personality and past experience intensely relatable.

"This man's nationality was not his choice. He followed orders, and not he cannot even speak."

Lauren Willig's The Record Set Right was bittersweet in tone, but the drama it depicted brought a smile to my fact. A tale of misunderstanding and missed opportunities, Millie's retrospective narrative stuck a chord with me. Romance isn't only for the young and I liked how this short defied trends to illustrate that idea. The pivotal moment was slightly predictable, but characters themselves were uniquely drawn and held genuine appeal in my eyes.

He was my impossible dream, my lady in a tower. Such loves are never meant to be requited; like a falling star; they fade before they hit the earth, leaving only a faint memory of brightness lost.

Jennifer Robson's All For the Love of You highlights one of the more intriguing chapters of WWI in that it deals with mask making and the effort help those who'd been disfigured in the conflict. The struggles Daisy witnesses are illuminating, but the craftsmanship and professionalism she witnesses in the studio is what captured my attention. Anna Coleman Ladd is not a character I'd encountered in my studies, but I enjoyed learning about her through Robson's effort and appreciate how the piece illustrated both her and her work.

The notion that a man might have his face blown apart and yet live, and then be expected ti spend the rest of his life exposed to the horror and fear his appearance provoked, was something few people had thought of before the war and its chilling modern apparatus of death.

The plot details of Evangeline Holland's After You've Gone were a little far-fetched for my personal tastes, but I loved the subject matter she explored and the way the author approached it. It is the first of the anthology submission to include the male POV and the story touched on larger concepts, such as racism and artistic pursuits in times of war. Holland's work is not heavy-handed, but flows naturally toward a subtle touching conclusion.

What was it about these colored Americans - Negroes, as they were called and called themselves - that made them open their hearts and their arms to people of their shared skin...

In terms of plot, Jessica Brockmole's Something Worth Landing For was my favorite submission to Fall of Poppies. I love the balance she found in her portrayal of Victorie and Wes, the vulnerability she brought to each character and the material she covered, but there is an authentic quality to the drama these characters experience that struck so close to home it made my heart ache. Simple, but beautifully drawn, the story took my breath away and brought a tear to my eye.

Life is full of decisions, some made in fear, some made in loneliness, some made in a tavern over two mugs of wine. Even those that happen in an instant can last a lifetime. But they don't have to be wrong. Do not the best intentions sometimes reveal the best people?

Conceptually, Heather Webb's Hour of the Bells stopped me dead in my tracks. Born a German citizen, Beatrix married a Frenchman and watched as their son took up arms against her homeland. For her, the war is intensely personal and threatens crush her heart and soul. Hour of the Bells is a love story, but not the kind I'd anticipated when I accepted Fall of Poppies for review. Emotionally it is raw, powerful and poignant. The kind of story that haunts you long after you've said goodbye.

Time's passage never escaped her - not for a moment. The clocks made sure of it. There weren't enough minutes, enough hours, to erase her loss.

I cheered when I realized Beatriz Williams' An American Airman in Paris was written entirely from the male POV. I was quite vocal about my frustration with the marginalization of the male narrator at the 2015 Historical Novel Society Conference and adored Williams for bucking the trend. Octavian's struggle is a mosaic of varied emotion, but I felt the passionate depth Williams portrayed in him was as refreshing as it was provocative. The story is somber and somewhat difficult in terms of theme, but in my eyes it stands as the most pleasantly surprising submission of the anthology.

There was something in his blood, something that chilled and slowed when danger approached, like the thickening of sea ice in the middle of January. The higher the stakes, the more everything slowed, the clearer his mind became: an extreme economy of thought and motion, as if her were a machine directing his own actions.

Kate Kerrigan's The Photograph stands out in that it is the only one of the Fall of Poppies Submissions that doesn't take place on the continent. Centered in Dublin, the story incorporates a larger world view of the conflict and I couldn't help appreciating how it touched on additional conflict of the age. The modern elements didn't appeal to me as much as the historic ones did, but like Williams, I think Kerrigan characterizations of Clive and Eileen defied both stereotypes and trends.

There was something certain in history, a dependable truth in knowing where you came from. It made her feel secure.

Hazel Gaynor's Hush anchors the collection as the final submission in Fall of Poppies. It was hardest of the stories for me to get into, but ultimately I think it the most comprehensive. All the stories highlight a love of some sort, but Hush touches on many. It plays with other emotions, notably courage of conviction and individual guilt, but I was particularly drawn to Gaynor's illustration of hope in the face of tragedy and loss.

She would fight for him if she could, would become his bones, his skin, his very breath, if only he could come home safe to her.