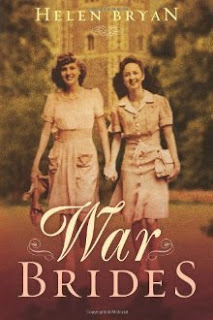 With war threatening to spread from Europe to England, the sleepy village of Crowmarsh Priors settles into a new sort of normal: Evacuees from London are billeted in local homes. Nightly air raids become grimly mundane. The tightening vice of rationing curtails every comfort. Men leave to fight and die. And five women forge an unlikely bond of friendship that will change their lives forever.
Alice Osbourne, the stolid daughter of the late vicar, is reeling from the news that Richard Fairfax broke their engagement to marry Evangeline Fontaine, an American girl from the Deep South. Evangeline's arrival causes a stir in the village, but not the chaos that would ensue if they knew her motives for being there. Scrappy Elsie Pigeon is among the poor of London who see the evacuations as a chance to escape a life of destitution. Another new arrival is Tanni Zayman, a young Jewish girl who fled the horrors of Europe and now waits with her newborn son, certain that the rest of her family is safe and bound to show up any day. And then there's Frances Falconleigh, a madcap, fearless debutante whose father is determined to keep her in the countryside and out of the papers.
As the war and its relentless hardships intensify around them, the same struggles that threaten to rip apart their lives also bring the five closer together. They draw strength from one another to defeat formidable enemies - hunger, falling bombs, the looming threat of a Nazi invasion, and a traitor in their midst - and find remarkable strength within themselves to help their friends. Theirs is a war-forged loyalty that will outlast the fiercest battle and endure years and distance.
When four of the women return to Crowmarsh Priors for a VE Day celebration fifty years later, television cameras focus on the heartwarming story of these old women as war brides of a bygone age, but miss the more newsworthy angle. The women's mission is not to commemorate or remember - they've returned to settle a score and avenge one of their own.

NOTE: It has come to my attention that War Brides has been re-edited since the release of this review. I will not be returning to the piece, but encourage readers to understand the issues I noted may not apply to more recent editions of the novel.


NOTE: This review contains spoilers. Please take heed and proceed at your own risk.

Trifecta! Punctuation, spelling and formatting mistakes all in one publication! I’m sorry folks, but I can’t ignore it. Throughout the text I found double periods and significant blunders in both spelling and grammar. Some chapter headings were placed immediately after the last sentence of the preceding chapter and others began a full two pages later. This was not a finished product and I can’t ignore how much these errors impacted my experience with War Brides.

Continuity, or the lack there of, was another issue I noted in Helen Bryan’s work. “Evangeline Fairfax’s coming-out ball was the last party before Lent and everyone knew was going to be splendid.” Evangeline’s last name is Fontaine. I suppose you could make a stretch by saying she eventually marries Richard Fairfax, but as the story is written in the present tense I can’t give much weight to the argument. This book has a very large cast and I’m sorry, but I don’t see how the audience can be expected to keep everyone straight with this kind of execution.

Plot development in the novel was almost nonexistent. Tanni discovers she is pregnant, has a normal pregnancy and holds her son in less than two pages. As a mother, that was difficult to wrap my head around and made it incredibly difficult feel any sort of empathy for her situation. Evangeline drugging Richard was similarly simplistic. One minute she is planning her elopement from New Orleans and the next Richard’s mother is announcing their marriage and arrival in England. What happened to his being in love with and engaged to Alice? Was the drug supposed to be some sort of voodoo meant to make him forget all sense of duty and obligation? I don’t understand.

To be fair, most of the dialogue is fine and I am all for colloquialism in literature, but there’s a line and I feel Bryan crossed it. “’Well, I can’t ‘ardly bear to think of it ‘appenin’ all over again,’ I says to ‘er. ‘It can’t,’ I says to ‘er. ‘But it will,’ she says, certain as anyfink. ‘I fink you can count on it, Mrs Pigeon.’” As a reader, I felt such passages awkward and disruptive to the story at hand. I found them annoying and I’m not sure that’s the impression Bryan was hoping to achieve.

In terms of content, War Brides should have been a home run, but the execution was so unpolished that I found it impossible to appreciate the narrative beneath.

Here's to you Laurent, Richard and you Frances, fifty years and they say that the sorry old war is done and over with. Folks who weren't there say that...

It's a shame that the book has all of these issues because it sounds like my kind of book! As soon as I saw the title I was interested in it.

Thanks for the welcome. :)

The plot of the novel isn't bad if you can get past the technical errors. I think it would have been a decent book if it had undergone a few rounds of proofreading.

"anyfink"--that's one for the ages. Good grief!