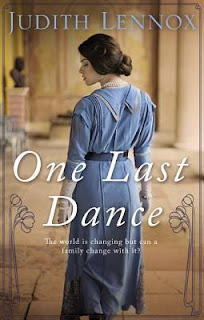 'Times change, and sometimes for the better...'

As the twentieth century draws to a close, Esme Reddaway knows that she must uncover the truth. A truth that began during the First World War when Devlin Reddaway fell passionately in love with Esme's elder sister, Camilla, and promised to rebuild his ancestral home, Rosindell, for her.

But the war changes everything and Devlin returns to England to find that Camilla is engaged to someone else. Angry and vengeful, he marries Esme, who has been secretly in love with him for years. Esme tries to win Devlin's heart by reviving the annual summer dance. But as the years pass she fears that Rosindell has a malign influence on those who live there, and the revelation of a shocking secret on the night of the dance at Rosindell tears her life apart. Decades later, it is she who must lay the ghosts of Rosindell to rest.

Spanning the last century, Esme's story of sibling rivalry, heartbreak, betrayal and forgiveness is sure to appeal to fans of Kate Morton, Rachel Hore and Downton Abbey. 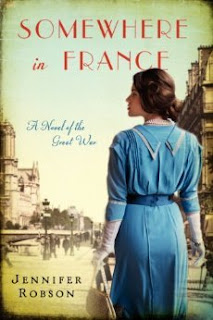 Lady Elizabeth Neville-Ashford wants to travel the world, pursue a career, and marry for love. But in 1914, the stifling restrictions of aristocratic British society and her mother’s rigid expectations forbid Lily from following her heart. When war breaks out, the spirited young woman seizes her chance for independence. Defying her parents, she moves to London and eventually becomes an ambulance driver in the newly formed Women’s Army Auxiliary Corps—an exciting and treacherous job that takes her close to the Western Front.

Assigned to a field hospital in France, Lily is reunited with Robert Fraser, her dear brother Edward’s best friend. The handsome Scottish surgeon has always encouraged Lily’s dreams. She doesn’t care that Robbie grew up in poverty—she yearns for their friendly affection to become something more. Lily is the most beautiful—and forbidden—woman Robbie has ever known. Fearful for her life, he’s determined to keep her safe, even if it means breaking her heart.

In a world divided by class, filled with uncertainty and death, can their hope for love survive. . . or will it become another casualty of this tragic war? 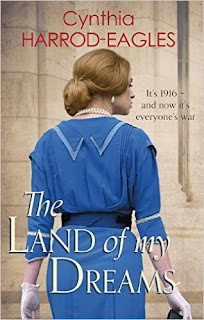 In 1916, the people are settling down to the business of war. As conscription reaches into every household, Britain turns out men and shells in industrial numbers from army camps and munitions factories up and down the land. Bobby Hunter gains his wings and joins his brother in France. Ethel, the under housemaid, embarks on a quest and Laura sets out on her biggest adventure yet. Diana finds a second chance at happiness in the last place she'd think of looking, and Beattie's past comes back to haunt her. But as the Battle of the Somme grinds into action, the shadow of death falls over every part of the country, and the Hunter household cannot remain untouched.

This is the third book in the War at Home series by Cynthia Harrod-Eagles, author of the much-loved Morland Dynasty novels. Set against the real events of 1916, this is a richly researched and a wonderfully authentic family drama featuring the Hunter family and their servants.