Matthew Finley and William Sawyer have become fast friends as they face the realities of being US soldiers in 1944 Germany. One dark, cloudy night, with everything to lose, they face an enemy-populated Hürtgen Forest. But Matthew has brought a weapon more powerful than any gun could ever be. He has brought his faith.

Matthew’s sister, Grace, is a combat nurse working in a fast-paced field hospital along the front lines. Her body is tired and bruised, and her mind is exhausted from the non-stop barrage of new patients, but her spirit has held steady. She finds herself constantly saying small prayers for the men in her care. She always feels that her prayers are heard, until one day when she gets two letters with life-changing news.

As William and Matthew plot out coordinates for a special mission, the two men are walking ever closer to a moment that can never be changed. Under the cover of trees, William’s life is about to change forever. But, as William will soon find out, one ending is only the spark to a new beginning.

Grace has lived to see the end of the war in Europe, but the war in her heart is still going on. Staying on to help the last soldiers get home, Grace finds a handsome soldier with his head wrapped in bandages sitting in her final hospital.
When William leaves Europe for US soil, he is certain he will never see the beautiful nurse again… 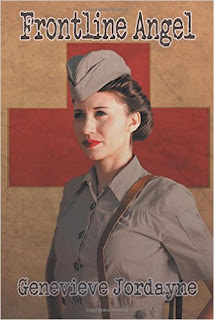 Frontline Angel takes its readers from 1940s Wisconsin to the Philippine Islands just prior to World War 2 and through the Japanese occupation and liberation. It tells the tale of Eliza-a small-town Midwestern girl with dreams of travel and adventure who enlists with the United States Army Nurse Corps despite her parents’ protests. Eliza will find the fun and adventure she desired as well as an unexpected romance with a handsome soldier. Yet all changes overnight as war destroys her tropical paradise. Our heroine must quickly adapt in order to survive the harsh, unforgiving jungle climate, and become a skilled combat nurse on the frontline. The story will take you from the fall of the islands through the terrible conditions suffered by those placed in internment camps and their struggle for liberation. Can Eliza find the strength and courage needed to survive such horror and still emerge with her spirit unbroken? 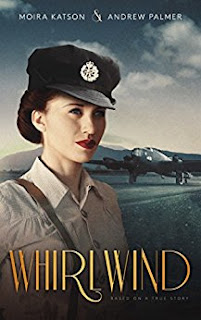 After losing her fiancé to a German blitz, British Air woman Yvonne Huxley volunteers for a post in Scotland and falls for Edward Morrison, a Canadian flight lieutenant, after he sneaks through a window and into the NAAFI dance that she’s attending with her friends. They are instantly attracted to each other and decide to marry a week later. However, when Edward is posted to Tempsford and Yvonne discovers that she’s pregnant, she finds herself on unfriendly Canadian soil with strange in-laws, struggling to find a sense of happiness. 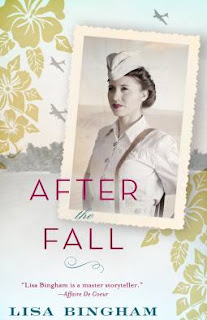 With Into the Storm, Lisa Bingham wove a spellbinding romance set during the Blitz. Now, she turns her eye to the Pacific in this gorgeous WWII tale of courage, fear, and love on an island doomed to fall.

At the dawn of WWII, the Philippines is a haven for those intent on shedding their pasts and reinventing themselves. Lt. Riley Gilhouley―The Great Gilhouley―keeps the troops well stocked in contraband as he seeks the attention of Maj. Rosemary Dodd, a by-the-book officer who leads her nurses with expert care. Ex-priest John Macklin searches for absolution, but finds himself tangling with Glory Bee O’Halloran, a stripper hired to take off just enough clothing to throw the troops into a frenzy.

But when, mere hours after the bombing of Pearl Harbor, the Japanese attack the Philippines, the island haven explodes into the chaos of battle.

Thrown from the passion of Gilhouley’s arms into the harsh realities of war, Rosemary begins to question everything she once held dear. As their stolen moments together blossom into something more, Gilhouley’s secret missions behind enemy lines threaten to end what has only begun. Trapped, Glory Bee has nowhere to run, putting herself and her secret, unborn child in danger. All too quickly, the only thing separating her from the advancing enemy is a fallen priest with a haunted past who promises to keep her safe. The two of them are drawn together in a desperate bid for survival, but John knows his growing love for Glory Bee is at odds with his need to strike back at an old enemy.

Set amid the heartbreak of a besieged country waiting in vain for help to arrive, this stunning novel blends a meticulous eye for history with limitless heart. Bingham, a master of the genre, has penned a novel that will stand the test of time. 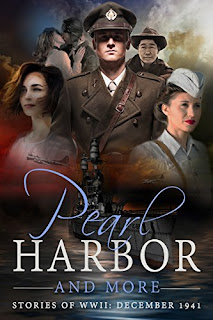 On December 7th 1941, hundreds of Japanese fighter planes carried out a devastating surprise attack on the American naval base at Pearl Harbor in Hawaii and changed the face of World War II.

This wide-ranging collection of eight stories by a diverse group of authors, who write wartime fiction, commemorates the 75th anniversary of the Battle of Pearl Harbor. Few people's lives were unaffected in some way by that fateful day and these stories reflect this.

Some of them are set at Pearl Harbor itself, in other parts of the United States and in Singapore. Other stories take place in Europe: occupied France, Germany and Northern Ireland. They explore the experiences of U.S. servicemen and women, a German Jew, Japanese Americans, a French countess, an Ulster Home Guard, and many others.

The authors invite you to step into December 1941 with them.

Deadly Liberty by R.V. Doon:
Connie Collins, a navy nurse on the hospital ship, USS Solace, takes liberty the day before Pearl Harbor. Her budding romance wilts, an AWOL nurse insists she find a missing baby, and she's in the harbor when WWII erupts. Under fire, she boards the ship--and witnesses a murder during the red alert chaos. When liberty turns deadly, shipmates become suspects.

The List by Vanessa Couchman:
A high-ranking German officer is assassinated in Western France and 50 hostages are shot. Fifty more will be executed if the killers are not handed over. Jewish communist Joseph Mazelier is on the list. Will Countess Ida agree to help him escape?

Christmas Eve in the City of Dreams by Alexa Kang:
On his last night in New York, a young grifter sets out to turn the table on those who shorted him before he leaves for the draft. Will he win or lose?

Allies After All by Dianne Ascroft:
Although their nations are allies, from their first meeting American civilian contractor Art Miller and Local Defence Volunteer, Robbie Hetherington loathe each other. But Northern Ireland is too small a place for such animosity. What will it take to make the two men put aside their enmity and work together?

Time to Go by Margaret Tanner:
A young sailor, who died at Pearl Harbor, finally meets his soulmate on the 75th Anniversary of the battle. Will she be prepared to leave the 21st century with him? Or will they forever remain apart?

Turning Point by Marion Kummerow:
Eighteen-year-old German Jew Margarete Rosenbaum is about to be sent to a labor camp, when a bomb hits the building she lives in. Emerging from the rubble she's presented with an unexpected opportunity. But how far is she willing to go to save her life?

I am an American by Robyn Hobusch Echols:
Ellen Okita and Flo Kaufmann are high school seniors in Livingston, California. Ellen is a first generation American who lives in the Yamato Colony, composed of about 100 families of Japanese descent. Flo's father is a first generation American. After Pearl Harbor, the war hits home fast and brings unforeseen changes to them and their families.

A Rude Awakening by Robert A. Kingsley:
Singapore, December 1941; the fortress sleeps, believing its own tales of strength and invulnerability. A rigidly class based society throws garden parties and dines sedately, disregarding the slowly growing number of warning signals. Suddenly, the underestimated enemy ferociously attacks and the myth of invincibility is shattered forever. 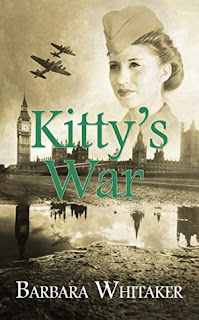 Seeking adventure, shy Kitty Greenlee joins the Women’s Army Corps. In 1944 England, as secretarial support to the 8th Air Force, she encounters her dream man, a handsome lieutenant who only has eyes for her blonde friend. Uncomfortable around men, Kitty doesn’t think the handsome officer could want someone like her.

Recovering from wounds, Ted Kruger wants to forget about losing his closest friends and have fun before returning to danger as a bomber navigator. When Ted recognizes Kitty as the girl who rescued him two years before, he must choose between dating the sexy blonde or pursuing quiet, serious-minded Kitty even though he knows he’s not nearly good enough for her.

As the war gears up with the D-Day invasion, will Kitty and Ted risk their hearts as well as their lives?