A Murder at Rosamund's Gate by Susanna Calkins 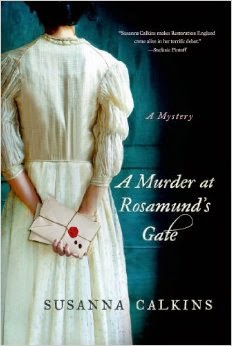 For Lucy Campion, a seventeenth-century English chambermaid serving in the household of the local magistrate, life is an endless repetition of polishing pewter, emptying chamber pots, and dealing with other household chores until a fellow servant is ruthlessly killed, and someone she loves is wrongly arrested for the crime. To save this person from execution, Lucy finds herself venturing out of her expected station and into raucous printers’ shops, secretive gypsy camps, the foul streets of London, and even the bowels of Newgate prison on a trail that might lead her straight into the arms of the killer. In her debut novel, Susanna Calkins seamlessly blends historical detail, romance, and mystery into a moving and highly entertaining tale. 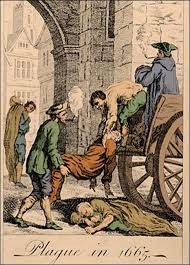 I have mixed feelings about Susanna Calkins' A Murder at Rosamund's Gate. While I enjoyed the story both for its creativity and originality, there were aspects of it that didn't quite live up to my expectations. Please don't misunderstand, Calkins displays a wonderful imagination as well as a keen eye for intriguing subject matter within these pages, I simply feel she has room to grow as a storyteller.

Personally I like more complex characters than I found here. The cast of A Murder of Rosamund's Gate is interesting enough, but they come off a little flat and static. It isn't something I think will bother the casual reader, but think those with more particular tastes might have difficulty with such simple, cookie-cutter characterizations.

The other thing that rubbed at me was the exceedingly casual relationship between the Magistrate's family and their servants. The familiarity they exhibit towards one another just didn't feel authentic to me and proved a significant distraction. I realize this is something of a necessity for the sake of the story, but I can't say I found it appealing.

Since we are on the subject I want to address the issue some readers seem to be having with the modern terminology Calkins uses throughout A Murder at Rosamund's Gate. I love historic fiction and understand why it is ruffling feathers, but I think there is a difference between authors who make this error in ignorance as opposed to those who make an intentional decision for the benefit of their readers. Though I did mark the language during my reading, I find I am inclined to overlook it as Calkins took the time to explain herself in her notes - something I believe speaks to the personal love she has for the history that inspired her work, her professionalism and the respect she has for her audience.

Now what did I like about this book? I felt the mystery itself well-imagined and not entirely obvious which is quite an achievement for any author let alone one with only a single title to her name. I also felt the horrors of the Great Plague appropriately depicted as were the scenes that took place inside Newgate prison. No fluffy, vague, tiptoeing here and morbid as it sounds I will always appreciate conformity to historic fact over gentler fallacies.

Would I recommend Calkins' work? Certainly especially to those who enjoyed or think they might enjoy God Save the King or The Emperor's Conspiracy. Will I read her again? I fully intend to, rumor has it she already has a sequel in the works. I'm not above admitting it has a few hiccups, but still Calkins impressed me and I am most interested to see where she will go next.

The grimness in the city kept people out of the streets, a heavy fog further quelling the Londoners' spirits. No blooming bouquets, no dancing, and nary a maypole in sight, only withered dried flowers keeping death at bay.

I've wanted to read this one.

I liked it. Calkins has a lot going for her. :)