#AuthorInterview: Anna Belfrage, author of There is Always a Tomorrow

Author interviews are one of my favorite things to post which is why I am super excited to welcome author Anna Belfrage back to Flashlight Commentary to discuss the ninth book in the Graham Saga, There is Always a Tomorrow. 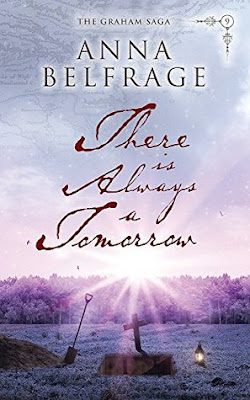 Welcome back to Flashlight Commentary Anna. It’s a pleasure to have you with us. To start things off, please tell us about There is Always a Tomorrow
There is always a Tomorrow is the book that wasn’t supposed to happen. I thought I was done with Alex and Matthew when I published the previous book, but it proved very difficult to say good bye to them. Also, the future fate of White Bear/Samuel (the second youngest Graham child) kept gnawing at my heart so I thought it best to start writing about him and see what happened.

There is Always a Tomorrow is the ninth volume in what has become a vast, multi-generational epic. Why was creating this kind of story so important to you and what do you hope readers take from their experience of it?
The Graham Saga is self-indulgence at its best. I became so addicted to my characters and their adventures that I just couldn’t stop telling their story. At its core lies the love story between Alex and Matthew, but it’s also about love in all its forms, between parent and child, friends, brothers, sisters…I hope my readers put my books down with a reconfirmed belief in love and family. If, along the way, they’ve also learnt a bit more about life in the 17th century that is just an added bonus.

Though neither will openly admit it, Alex and Matthew are beginning to feel their age in this story. As an author, how do you feel about seeing these characters reach this point in their lives?
Stressed! After all, no one lives forever, and I am fast reaching appoint where…gulp. But there is an element of peace and acceptance in Alex’s and Matthew’s approach to age that I find comforting. After all, growing old is something most of us will experience and I believe it is how we choose to confront the inevitability of life nearing its end that colours our last years.

White Bear/Samuel struggles with his identity through much of the narrative. What inspired his storyline and why did you feel it so important?
I have a good friend who has a son who is not biologically his. The boy is very loved—but also confused as to who he really is. Like this boy, White Bear/Samuel and to some extent Ian are both people caught between two families, two identities. In Samuel’s case, he has difficulties in finding who he really is, torn as he is between his white identity and the Native American heritage of his adopted family. Ironically, the fact that all his parents love him makes things even more difficult for him.

While historically appropriate, Rachel’s experiences are particularly tragic. Did you find it difficult to write these scenes?
Yes. Especially as there are girls in our day and age that are experiencing similar horrors.

Rachel isn’t the only grandchild facing hardship in this chapter of the Graham’s story. Duncan is beginning to note the social implications of his origins in There is Always a Tomorrow and I wondered if you might elaborate on how colonial culture viewed and treated both illegitimate children and the women who bore them.
It varied from colony to colony, but in general most of the 17th century colonies considered an illegitimate child to be the result of fornication. In those colonies which had a Puritan majority, fornication was a crime that led to fines and public flogging. In principle, colonial laws considered the father to have an obligation to support his child—but the problem lay in identifying the father. An adulterous woman was considered sinful and for a long, long time it was believed that if a woman became pregnant she must have enjoyed the sexual act, hence a rape victim was as sinful as the woman who consensually initiated a sexual liason with someone not her husband. More specifically, this means that the good inhabitants of Providence would view Duncan’s birth mother as something of a fallen woman while Duncan himself would probably not be ostracized (beyond being taunted). Fortunately for Duncan, he has an adoptive father with some standing in society which probably helps!

Your incorporation of Coode’s Rebellion represents one of my favorite aspects of narrative. Why did this particular episode of American history capture your imagination?
Because it is rarely talked about. Coode’s rebellion effectively wrested control of the Colony of Maryland from the Catholic Calvert family (who had been granted Maryland as their colony by James I) and also signaled the end of the religious tolerance the Calverts had always promoted.

Carlos finds himself at the center of this conflict. Can you tell us a bit about his personal situation and how this movement impacts him?
Carlos has never found a place to call home prior to ending up in Maryland. So when Coode and the Protestant Associators make it illegal for Catholic priests to live & minister in the colony, they effectively make Carlos homeless again. It’s not as if Carlos has all that many alternatives: he can’t go back to Seville because his uncle has threatened to turn him over to the Inquisition. He has no real desire to travel to the Spanish colonies so he decides to stay put. A somewhat fateful decision…

Authors are often forced to make sacrifices when composing their stories. Is there a character or concept you wish you could have spent more time on while writing There is Always a Tomorrow?
Adam Graham – but I’m thinking he’ll get more airtime in a future book. And Samuel needs more time as do Duncan and my favourite among the Graham grandchildren, Lettie.

As a reader, I love Alex’s habit of sharing her favorite stories with her family and the literary legacy she gifts her children. It’s not related to the novel per say, but I’d love to know what titles the Graham children and grandchildren love best.
Well, they’d not know the titles, but the boys would put The Three Musketeers right at the top. Alex’s daughters have always preferred the stories from The Lord of the Rings (as does Matthew). They all like Robin Hood, have heated discussions regarding Arthur and the Holy Grail, Guinevere and Lancelot. Alex has also passed on a number of Swedish fairy tales, most of them involving the very pretty little princess Tuvstarr and trolls. 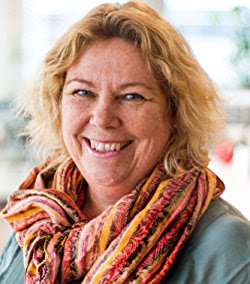 Anna was raised abroad, on a pungent mix of Latin American culture, English history and Swedish traditions. As a result she's multilingual and most of her reading is historical- both non-fiction and fiction. Possessed of a lively imagination, she has drawers full of potential stories, all of them set in the past. She was always going to be a writer - or a historian, preferably both. Ideally, Anna aspired to becoming a pioneer time traveller, but science has as yet not advanced to the point of making that possible. Instead she ended up with a degree in Business and Finance, with very little time to spare for her most favourite pursuit. Still, one does as one must, and in between juggling a challenging career Anna raised her four children on a potent combination of invented stories, historical debates and masses of good food and homemade cakes. They seem to thrive…

For years she combined a challenging career with four children and the odd snatched moment of writing. Nowadays Anna spends most of her spare time at her writing desk. The children are half grown, the house is at times eerily silent and she slips away into her imaginary world, with her imaginary characters. Every now and then the one and only man in her life pops his head in to ensure she's still there.

For additional information regarding Anna, her characters, extra scenes, and teasers for her next books, have a look at Anna's website.

Thank you for having me over for yet another visit, Erin.