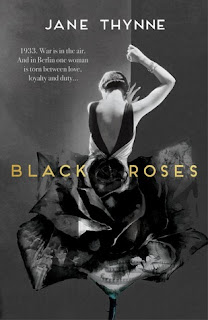 Berlin, 1933. Warning bells ring across Europe as Hitler comes to power. Clara Vine, an attractive young Anglo-German actress, arrives in Berlin to find work at the famous Ufa studios. Through a chance meeting, she is unwillingly drawn into a circle of Nazi wives, among them Magda Goebbels, Anneliese von Ribbentrop and Goering's girlfriend Emmy Sonnemann.

As part of his plan to create a new pure German race, Hitler wants to make sweeping changes to the lives of women, starting with the formation of a Reich Fashion Bureau, instructing women on what to wear and how to behave. Clara is invited to model the dowdy, unflattering clothes. Then she meets Leo Quinn who is working for British intelligence and who sees in Clara the perfect recruit to spy on her new elite friends, using her acting skills to win their confidence.

But when Magda Goebbels reveals to Clara a dramatic secret and entrusts her with an extraordinary mission, Clara feels threatened, compromised, desperately caught between her duty towards — and growing affection for — Leo, and the impossibly dangerous task Magda has forced upon her. 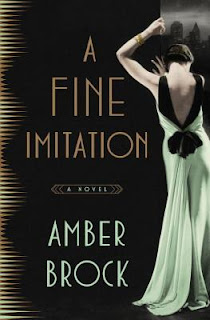 Set in the glamorous 1920s, A Fine Imitation is an intoxicating debut that sweeps readers into a privileged Manhattan socialite’s restless life and the affair with a mysterious painter that upends her world, flashing back to her years at Vassar and the friendship that brought her to the brink of ruin.

Vera Bellington has beauty, pedigree, and a penthouse at The Angelus—the most coveted address on Park Avenue. But behind the sparkling social whirl, Vera is living a life of quiet desperation. Her days are an unbroken loop of empty, champagne-soaked socializing, while her nights are silent and cold, spent waiting alone in her cavernous apartment for a husband who seldom comes home.

Then Emil Hallan arrives at The Angelus to paint a mural above its glittering subterranean pool. The handsome French artist moves into the building, shrouds his work in secrecy, and piques Vera’s curiosity, especially when the painter keeps dodging questions about his past. Is he the man he claims to be? Even as she finds herself increasingly drawn to Hallan’s warmth and passion, Vera can’t supress her suspicions. After all, she has plenty of secrets, too—and some of them involve art forgers like her bold, artistically talented former friend, Bea, who years ago, at Vassar, brought Vera to the brink of catastrophe and social exile.

When the dangerous mysteries of Emil’s past are revealed, Vera faces an impossible choice—whether to cling to her familiar world of privilege and propriety or to risk her future with the enigmatic man who has taken her heart. A Fine Imitation explores what happens when we realize that the life we’ve always led is not the life we want to have. 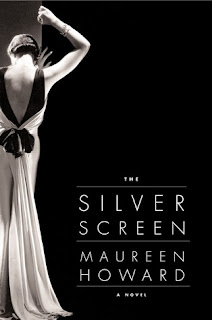 Maureen Howard has long enchanted her readers with an urgent history of our extraordinary life and times. In The Silver Screen she conjures up the last days of silent movies in the story of Isabel Maher, who renounces the glamour of Hollywood and her talent. As Bel Murphy, wife and mother, she is confined to the drama of domestic life and plays it like a star.

Bel’s children struggle against the lives she has scripted for them: Joe, a Jesuit priest, is unsuccessful as a healer of souls; spinster Rita runs off with the love of her life, a gangster who turns state’s evidence; and there’s Gemma, an angry ambitious girl, who enters the Murphys’ magic circle. All three are pilgrims struggling to discard the myths of the past for the comforts and sorrows of the present. Joe’s journey takes him to the war of the gospel in El Salvador; Rita’s to the witness protection program; Gemma’s to problematic fame as a postmodern photographer. The flickering seductions and distortions of private lives play out against the novel’s rich historical awareness.

Darkly comic and truly moving, this is a brilliant exploration of the claims of the past and a passionate bid for freedom. Howard gives us the enduring pleasure of astounding writing and the superb craft of a consummate storyteller. 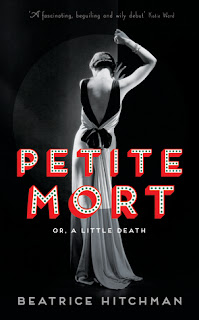 Mesdames et Messieurs, presenting La Petite Mort, or, A Little Death... A silent film, destroyed in a fire in 1913 at the Pathé studio, before it was seen even by its director. A lowly seamstress, who makes the costumes she should be wearing, but believes her talent - and the secret she keeps too - will soon get her a dressing room of her own. A beautiful house in Paris, with a curving staircase, a lake, and locked rooms. A famous - and dashing - creator of spectacular cinematic illusions, husband to a beautiful, volatile actress, the most adored icon of the Parisian studios. All fit together, like scenes in a movie. And as you will see, this plot has a twist we beg you not to disclose... 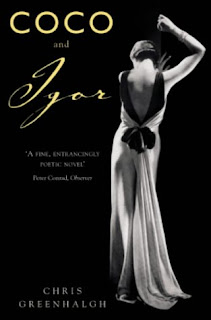 In 1913, at the premiere of Igor Stravinsky's Rite of Spring, the young couturiere Coco Chanel witnesses the birth of a musical revolution- one that, like her designs, rips down the artifice of the old regime and ushers in something profoundly modern. Seven years later, she invites Stravinsky and his family, now exiled from their Russian homeland, for a summer at her villa, and the powerful charge between them ignites into a deep love affair. As Stravinsky enjoys a new burst of creativity and Chanel brings forth her own revolutionary creation-the perfume Chanel No. 5-their love threatens to overtake work, family and life. 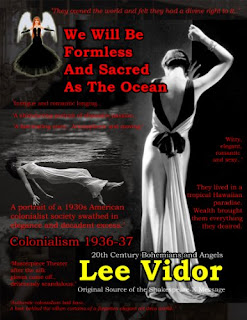 In 1936 a celebrated American writer, Nathan Sutherland, arrives alone in Hawaii from bohemian Paris, fleeing the approach of fascism and war. He claims that he has come to the islands to write and search the high jungle for a lost species of orchid, but he seems little interested in doing either.

The wealthy and entrenched colonialist community are pleased to welcome him into their midst as a famous writer. Nathan is sophisticated, charming and refined, a man who knows their world.

Although Nathan joins the privileged society, he is not a man who cares to belong to it, he much prefers the unpredictable company of the flamboyant woman who is the scandal of the community.

After Nathan meets Sara Van Meer, a spirited Dutch woman at the heart of the island society who is mistress of a large sugar cane plantation, his bohemianism begins to bring him into conflict with the morally decadent but discreet aristocratic community.

Nathan is prepared to break all the rules of the community to make the fiercely independent Sara his lover, but she is tightly bound by her society. Nathan comes from an artistic world in which the highest value is love and the expression of passion for life, but here marriage is a business pact which is binding until death.

But Nathan is a man who intends to find what he has come to Hawaii to seek..

The book is an authentic look at American colonialism in the elegant 1930s.