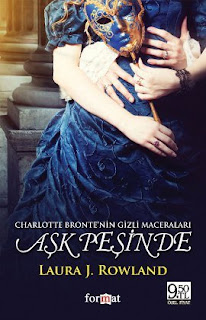 Laura Joh Rowland's samurai detective novels have enthralled tens of thousands of readers. Now the author turns her gifts for historical fiction to Victorian England and the famous and fascinating Bront? family with this critically acclaimed new thriller.


Upon learning that she has been falsely accused of plagiarism, the normally mild-mannered Charlotte Bront? sets off for London to clear her name. But when she unintentionally witnesses a murder, Charlotte finds herself embroiled in a dangerous chain of events that forces her to confront demons from her past. With the clandestine aid of the other Bront? sisters, Emily and Anne, and of the suspiciously well-informed but irresistibly attractive brother of the victim, Charlotte works to unravel a deadly web of intrigue that threatens not only her own safety but the very fabric of the British Empire. Will Charlotte be able to stop a devious, invisible villain whose schemes threaten her life, her family, and her country? 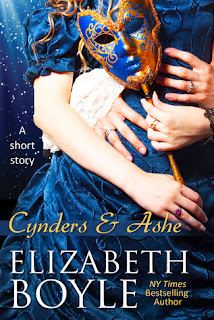 Ella Cynders is a hired companion with a romantic bent. So when she switches places with her charge--who is determined to find true love and elope--it is Ella who falls head over heals in love with the very eligible Viscount Ashe. In one masked night, the viscount and Ella find passion and romance, and then tragically are whisked apart before the midnight unmasking. Now five years later, Ella has once again found a way to steal inside the coveted ball, but can she rekindle the magic they found together before her deception is unmasked? 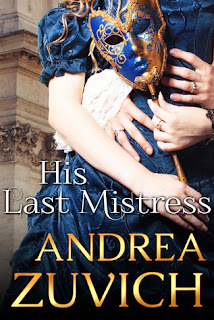 This story charts the tragic romance between the dashing but doomed James Scott, Duke of Monmouth and the virtuous Lady Henrietta Wentworth. Monmouth, eldest illegitimate son of King Charles II, is already married and infamous for his womanising ways. Henrietta is engaged to another. Despite the dangers, Henrietta finds she cannot resist him. When his father dies, the malleable Monmouth falls prey to schemes, plots and rebellion that will surely lead to the Tower.

His Last Mistress is a passionate, sometimes explicit, carefully researched and ultimately moving story of love and loss, set against a backdrop of dangerous political unrest, brutal religious tensions, and the looming question of who will be the next King. 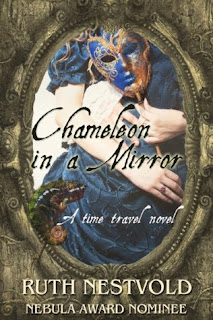 Take:
- one graduate student who wants to change history;
- one dead -- and now forgotten -- playwright who did change history;
- the colorful and turbulent times of the English Restoration;
- one magic mirror.

Mix thoroughly, and you have a Chameleon in a Mirror.

Billie Armstrong has long wanted to give Aphra Behn, the first professional woman writer in English, the prominence she deserves. But when Billie accidentally activates the magical properties of a baroque mirror, propelling herself into the seventeenth century, she gets more than she bargained for. What develops is an unwilling masquerade, a tale of license, love and literature, as Billie does her best to survive in a strange era and ensure Aphra’s literary survival in the future. 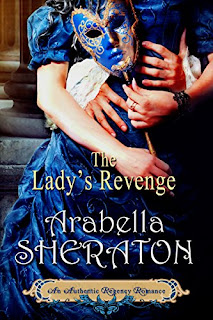 This engaging traditional Regency romance is the sequel to Lord Blackwood’s Valentine Ball. Miss Letitia DeVere decides that revenge is a dish best eaten cold when she returns to London after a two-year absence to find her former admirer Lord Charles Blackwood on the verge of proposing to Miss Patience Cherwell. Lord Blackwood’s Valentine Ball proved to be the turning point in his fledgling romance with Patience. Letitia is not the kind of woman who gives up easily, as Patience and Charles soon find out. She stoops at nothing to achieve her aims. However, Letitia has a dark past, with secrets that threaten to return and destroy her newfound social success. When Charles proves less malleable than in the past, Letitia resorts to subterfuge, seduction, blackmail, and even violence to force him to propose. Will he see through her tricks and remain true to Patience, or will Letitia’s seductive wiles lure him back? 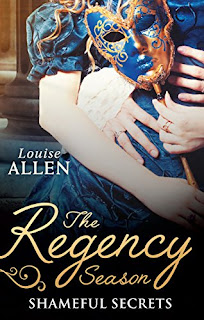 Never kiss and tell... From Ruin to Riches Certain he is close to death, William Hadfield, Lord Dereham needs a wife and Julia Prior is ruined and on the run. Accepting his shocking proposal, Julia finds life as Lady Hadfield a way to put her past sins behind her... Until three years later, when the husband she believes to be dead returns, as handsome and strong as ever and intent on claiming the wedding night they never had! Scandal's Virgin Heartbroken Lady Laura Campion has become infamous, flirtatious and shocking. Until suddenly, she has hope and will even go into battle against powerful Avery Falconer, Earl of Wykeham. Laura has discovered her lost daughter is alive and in Wykeham's care, although he will not release his ward lightly. When an irresistible attraction emerges between the two adversaries, will Avery be able to forgive Laura's scandalous past?