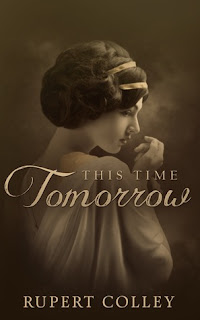 A compelling story of war, brotherly love, passion and betrayal.

Vast in scope and intimate in the portrayal of three lives swept along by circumstances, This Time Tomorrow moves from the drawing rooms of Edwardian London to the trenches of the Western Front and to the uncertainty of post-war Britain.

When Guy Searight volunteers to fight with the British army in the early days of the Great War, he leaves behind his girlfriend, Mary. While away fighting, Guy’s younger brother, Jack, seizes an opportunity to woo Mary for himself.

Forthright and self assured, Guy has always looked out for his confident but frail brother and blithely promises his fretting mother that he’ll look out for him when Jack’s turn comes to join up. But embittered by Jack’s betrayal, Guy vows that when Jack has to face the horrors of war for himself, he won’t be there to look after him.

When the brothers are reunited in the trenches of the Western Front, their thoughts are both with Mary. As Jack buckles under the strain of war, can Guy sustain his anger and allow his brother to suffer alone?

A shocking event, catastrophic in its intensity and barbaric in its conclusion, forces Guy to re-evaluate his relationship with his brother, with Mary and ultimately himself.

This Time Tomorrow is a tale of love, loss and longing. 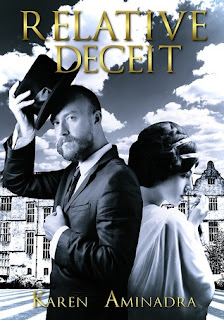 Sir George, Baronet of Bancroft Hall, has run his family and their fortunes into the ground. All seems hopeless, until they are visited by their cousin, Gregory Rogers. He promises to return the family to their former glory, but is he all he seems?

Driven by jealousy, greed and desire, nothing will stop Gregory Rogers from taking that which he believes is his. He'll do anything to gain money, Bancroft Hall and the power that comes with the title of Baronet.

Until his eyes fall upon the beautiful Jane. Clever, intelligent, and beautiful, she finds herself the unknowing victim of a vicious plan to dispose of her parents and brothers. With no one standing in the way of Gregory’s plans, can she rescue him from himself?

Will she be the one thing that he cannot ruin, in order to have? 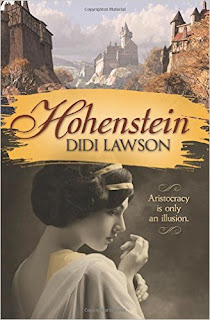 Anything but a typical aristocrat, young Baroness Marie-Louise is not afraid to roll up her sleeves and get to work, especially when it comes to saving her ancestral estate. Determined to shake loose the shackles of propriety and gain the warm family life her upbringing denied her, she has vowed to marry a man of lower rank. Blue-bloods need not apply.

But when she is forced to turn to a childhood friend for assistance, the handsome, debonair count may prove a temptation impossible to resist. Marie-Louise soon finds herself caught between the comfort of a middle-class doctor and the passion of a nobleman, with the future of her childhood home at stake.

The cover of "This Time Tomorrow" is beautiful. It's not the woman as much as it's the tint, the coloring of the cover. It's muted.