The International bestselling author of Somewhere in France returns with her sweeping second novel—a tale of class, love, and freedom—in which a young woman must find her place in a world forever changed.

After four years as a military nurse, Charlotte Brown is ready to leave behind the devastation of the Great War. The daughter of a vicar, she has always been determined to dedicate her life to helping others. Moving to busy Liverpool, she throws herself into her work with those most in need, only tearing herself away for the lively dinners she enjoys with the women at her boarding house.

Just as Charlotte begins to settle into her new circumstances, two messages arrive that will change her life. One, from a radical young newspaper editor, offers her a chance to speak out for those who cannot. The other pulls her back to her past, and to a man she has tried, and failed, to forget.

Edward Neville-Ashford, her former employer and the brother of Charlotte’s dearest friend, is now the new Earl of Cumberland—and a shadow of the man he once was. Yet under his battle wounds and haunted eyes Charlotte sees glimpses of the charming boy who long ago claimed her foolish heart. She wants to help him, but dare she risk her future for a man who can never be hers?

As Britain seethes with unrest and post-war euphoria flattens into bitter disappointment, Charlotte must confront long-held insecurities to find her true voice . . . and the courage to decide if the life she has created is the one she truly wants. 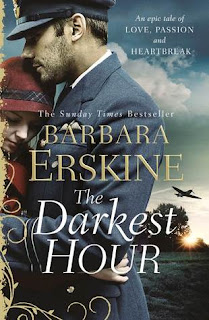 Love is as uncertain and as untameable as war…

In the summer of 1940, most eyes are focused on the skies above the South of England. The battle for Britain has just begun. But young Evie Lucas has eyes for no-one but a dashing young pilot called Tony. Evie has a glittering career as an artist ahead of her but seems to be wasting her time sketching endless portraits of Tony. She wants his parents to have something to remember him by in case it all goes wrong in the war…

Seventy years later, and recently widowed art historian Lucy is trying to put the pieces of her life back together. And in order to do that, Lucy needs to uncover the mystery surrounding a painting in her home. But as she accidentally ends up stirring up a hornet’s nest of history which has been deliberately obliterated, Lucy finds herself in danger from people past and present who have no intention of letting an untold truth ever surface. 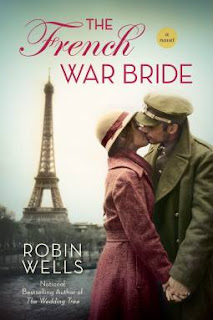 At her retirement home in Wedding Tree, Louisiana, ninety-one-year-old Amelie O’Connor is in the habit of leaving her door open for friends. One day she receives an unexpected visitor—Kat Morgan, the ex-fiancée of her late husband, Jack.

Kat and Jack were high school sweethearts who planned to marry when Jack returned from France after World War II. But in a cruel twist of fate, their plans were irrevocably derailed when a desperate French girl overheard an American GI’s confession in a Parisian church. . .

Now, Kat wants to know the truth behind a story that’s haunted her whole life. Finding out how Amelie stole Jack’s heart will—she thinks—finally bring her peace. As Amelie recalls the dark days of the Nazi occupation of Paris, The French War Bride reveals how history shapes the courses of our lives. . .for better or for worse.

I love these covers!