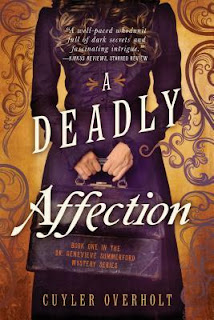 In 1907 New York, a psychiatrist must prove her patient's innocence...or risk being implicated in a shocking murder

As one of the first women practicing in an advanced new field of psychology, Dr. Genevieve Summerford is used to forging her own path. But when one of her patients is arrested for murder-a murder Genevieve fears she may have unwittingly provoked-she is forced to seek help from an old acquaintance.

Desperate to clear her patient's name and relieve her own guilty conscience, Genevieve finds herself breaking all the rules she's tried so hard to live by. In her search for answers, Genevieve uncovers an astonishing secret that, should she reveal it, could spell disaster for those she cares about most. But if she lets her discovery remain hidden, she will almost certainly condemn her patient to the electric chair 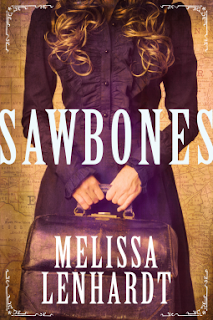 When Dr. Catherine Bennett is wrongfully accused of murder, she knows her fate likely lies with a noose unless she can disappear. Fleeing with a bounty on her head, she escapes with her maid to the uncharted territories of Colorado to build a new life with a new name. Although the story of the murderess in New York is common gossip, Catherine's false identity serves her well as she fills in as a temporary army doctor. But in a land unknown, so large and yet so small, a female doctor can only hide for so long.