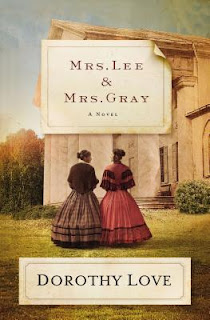 A general’s wife and a slave girl forge a friendship that transcends race, culture, and the crucible of Civil War. Mary Anna Custis Lee is a great-granddaughter of Martha Washington, wife of Confederate General Robert E Lee, and heiress to Virginia’s storied Arlington house and General Washington’s personal belongings. Born in bondage at Arlington, Selina Norris Gray learns to read and write in the schoolroom Mary and her mother keep for the slave children, and eventually becomes Mary’s housekeeper and confidante. As Mary’s health declines, Selina becomes her personal maid, strengthening a bond that lasts until death parts them. Forced to flee Arlington at the start of the Civil War, Mary entrusts the keys to her beloved home to no one but Selina. When Union troops begin looting the house, it is Selina who confronts their commander and saves many of its historic treasures. In a story spanning crude slave quarters, sunny schoolrooms, stately wedding parlors, and cramped birthing rooms, novelist Dorothy Love amplifies the astonishing true-life account of an extraordinary alliance and casts fresh light on the tumultuous years leading up to and through the wrenching battle for a nation’s soul. A classic American tale, Mrs. Lee and Mrs. Gray is the first novel to chronicle this beautiful fifty-year friendship forged at the crossroads of America’s journey from enslavement to emancipation.

I was introduced to the story of Mary Lee and Selina Gray when I was twenty-three years old. I was visiting Washington D.C. and after watching the changing of the guard at the Tomb of the Unknowns, I wandered over to Arlington House. It wasn’t a planned stop, but it proved profound. Lee’s mistreatment at the hands of the federal government and Gray’s audacious effort to preserve her mistress’ inheritance struck a chord with me and I wondered if there was any chance it had inspired a novel. At the time the answer was no, but Dorothy Love’s latest release, Mrs. Lee and Mrs. Gray, appeared to fill the void. I eagerly set about procuring a copy, but the reality of experiencing the novel left me bitterly disappointed and unsatisfied.

The narrative is meant to chronicle the friendship between Lee and Gray, but their connection never jumped from the page. Love’s Lee is consumed with thoughts of her family, her husband and her children. Gray, by comparison, is more interested in the persecution of the black community and the meaning of freedom. Both women champion a worthy cause, but neither journey compliments the other which only served to divide them over the course of the narrative. At the end of the day, I felt Love’s incarnation of Lee viewed her slaves with universal affection and that the trust she placed in Gray was not based on confidence so much as limited convenience afforded her as she fled Arlington with her children.

In looking back at the book, the cornerstone of Love's interpretation of the friendship is in fact Arlington, the home Lee and Gray shared despite social status and position. Unfortunately, Love completely misses this truth and virtually ignores the history of the home that housed and fostered the relationship between these women. There is little atmospheric description of the mansion or its grounds and absolutely no mention of the legalities imposed on it during the war. All things considered, the appropriation of the home by Union soldiers should have had a profound impact on Lee as the property owner and Gray as its custodian, but Love entirely omits these politics from her narrative.

There is not a single reference to the law Congress passed in June 1862 which empowered commissioners to assess and collect taxes on property in ‘insurrectionary districts’ to raise funds for the war effort and legally punish those who’d sided with the Confederacy. These taxes had to be paid in person, but Lee, trapped behind enemy lines and suffering from rheumatoid arthritis, could not make the journey. In effort to obey the law, she sent her cousin, Philip R. Fendall, to pay the tax, but his effort was rebuffed and the federal government appropriated the estate. Arlington was put up for auction and purchased for a total of $26,800. The rape of Lee’s inheritance and the unjust treatment she suffered under a blatantly bias law should have impacted Lee’s half of Love’s story. The details also impact Gray as she championed the Lee family throughout the war, effectively pitting her against Washington itself, but Love’s narrative is silent on such details. This fact led me to question the extent of Love’s research for while I acknowledge that the details she presents are in keeping with the historic record, I am keenly aware that they are by no means complete.

Key events, such General Lee’s decision to reject President Lincoln’s offer and join the southern cause, were casually referenced. I personally felt this light-handed treatment undermined the magnitude of such moments and openly questioned the author’s reasoning during my reading. The pacing of the narrative was also sluggish and I struggled to finish the story. The situational drama lacked intensity and tension and despite my interest in the historic material, I was often bored with the narrative.

Bottom line, I did not appreciate the time I spend with this piece and would have great difficulty recommending it to fellow readers.

To be a woman was to be under the absolute control of fathers, husbands, sons, brothers, or uncles, powerless to manage one’s own money or to make decisions about anything. Of course it wasn’t the same as slavery, but womanhood was its own kind of bondage.