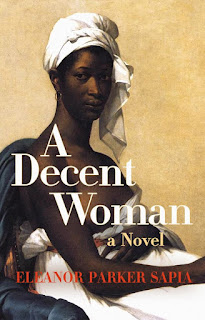 Ponce, Puerto Rico, at the turn of the century: Ana Belén Opaku, an Afro-Cuban born into slavery, is a proud midwife with a tempestuous past. After testifying at an infanticide trial, Ana is forced to reveal a dark secret from her past, but continues to hide an even more sinister one. Pitted against the parish priest, Padre Vicénte, and young Doctór Héctor Rivera, Ana must battle to preserve her twenty-five year career as the only midwife in La Playa.

Serafina is a respectable young widow with two small children, who marries an older, wealthy merchant from a distinguished family. A crime against Serafina during her last pregnancy forever bonds her to Ana in an ill-conceived plan to avoid a scandal and preserve Serafina’s honor.

Set against the combustive backdrop of a chauvinistic society, where women are treated as possessions, A Decent Woman is the provocative story of these two women as they battle for their dignity and for love against the pain of betrayal and social change. 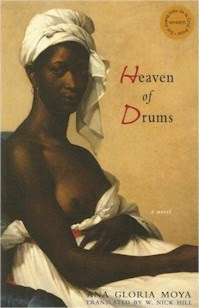 This story of love and revolution takes place during the Argentine struggle for independence (1810-1820) and focuses on the character of the national hero, Manuel Belgrano. However, Belgrano's story is told through the voices of the real heroes of the novel-María Kumbá a mulatto healer-priestess, fighter, and nurse to the common soldiers; and Gregorio Rivas, mestizo son of a well-to-do Spanish businessman.

Sky of Drums is filled with political and personal intrigue. At the core of the novel is the issue of racial discrimination. Belgrano is blinded to the love Maríahas for him and the good counsel she has to offer because of his contempt for blacks. His open contempt for Rivas as a mestizo leads to his death. Rivas becomes María's lover but is always haunted by María's evident adoration of Belgrano. The manner in which the love-hate triangle plays out is filled with surprises and cuts to the heart of Argentina's troubled identity. 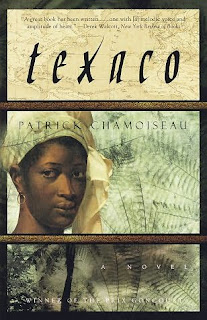 Of black Martinican provenance, Patrick Chamoiseau gives us Texaco (winner of the Prix Goncourt, France's most prestigious literary prize), an international literary achievement, tracing one hundred and fifty years of post-slavery Caribbean history: a novel that is as much about self-affirmation engendered by memory as it is about a quest for the adequacy of its own form.

In a narrative composed of short sequences, each recounting episodes or developments of moment, and interspersed with extracts from fictive notebooks and from statements by an urban planner, Marie-Sophie Laborieux, the saucy, aging daughter of a slave affranchised by his master, tells the story of the tormented foundation of her people's identity. The shantytown established by Marie-Sophie is menaced from without by hostile landowners and from within by the volatility of its own provisional state. Hers is a brilliant polyphonic rendering of individual stories informed by rhythmic orality and subversive humor that shape a collective experience.

A joyous affirmation of literature that brings to mind Boccaccio, La Fontaine, Lewis Carroll, Montaigne, Rabelais, and Joyce, Texaco is a work of rare power and ambition, a masterpiece. 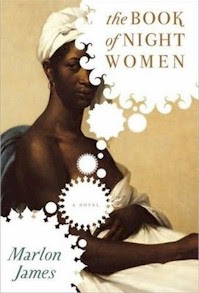 The Book of Night Women is a sweeping, startling novel, a true tour de force of both voice and storytelling. It is the story of Lilith, born into slavery on a Jamaican sugar plantation at the end of the eighteenth century. Even at her birth, the slave women around her recognize a dark power that they and she will come to both revere and fear.

The Night Women, as they call themselves, have long been plotting a slave revolt, and as Lilith comes of age and reveals the extent of her power, they see her as the key to their plans. But when she begins to understand her own feelings and desires and identity, Lilith starts to push at the edges of what is imaginable for the life of a slave woman in Jamaica, and risks becoming the conspiracy's weak link.

Lilith's story overflows with high drama and heartbreak, and life on the plantation is rife with dangerous secrets, unspoken jealousies, inhuman violence, and very human emotion between slave and master, between slave and overseer, and among the slaves themselves. Lilith finds herself at the heart of it all. And all of it told in one of the boldest literary voices to grace the page recently--and the secret of that voice is one of the book's most intriguing mysteries. 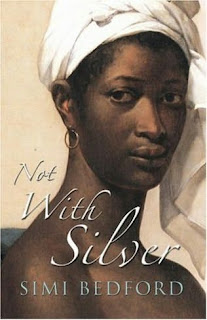 Abiola is a clever young warrior in West Africa and part of a highly developed, ritualized society that is rich not only in trade but in metaphorical and spiritual understanding. But neither his prowess nor the sophistication of his culture can save him from betrayal, capture, and being sold into slavery. Abiola's story ends when he is given a new name—Cornelius—and becomes the property of a Frenchman who sells harpsichords in the American South. Eventually Cornelius runs away and joins the British who are fighting the Americans. If the British win, he reasons, he may gain his freedom. But the British lose the American War of Independence, and Cornelius and his family are eventually repatriated back to West Africa and the newly founded country of Sierra Leone. But all is not as Cornelius had dreamed: Sierra Leone is run like a colony, and though trading in slaves has been officially banned, in practice it continues, having become ever more lucrative for being driven underground. Cornelius’s daughter, Epiphany, however, has discovered that she has the same gift of metaphorical and spiritual understanding as her ancestors, and she seeks to use it for the aid of her family. 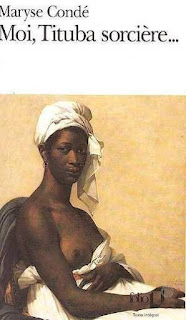 At the age of seven, Tituba watched as her mother was hanged for daring to wound a plantation owner who tried to rape her. She was raised from then on by Mama Yaya, a gifted woman who shared with her the secrets of healing and magic. But it was Tituba's love of the slave John Indian that led her from safety into slavery, and the bitter, vengeful religion practiced by the good citizens of Salem, Massachusetts. Though protected by the spirits, Tituba could not escape the lies and accusations of that hysterical time.

As history and fantasy merge, Maryse Conde, acclaimed author of TREE OF LIFE and SEGU, creates the richly imagined life of a fascinating woman. 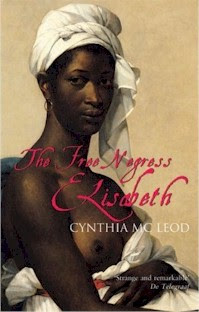 Elisabeth Samson, a free black Surinamese woman who lived in 18th-century Dutch Guyana, is the central character in this compelling novel. Challenging the prevailing racial stereotypes by demonstrating her intelligence and business acumen, she is determined to marry a white man in defiance of all established norms and conventions. Set amidst the rich backdrop of the Golden Age of Suriname, this biographical account depicts the complex social and racial stratifications which were features of slave colonies of the era as well as this remarkable woman who overcame institutionalized discrimination and prejudice to become one of the wealthiest individuals in the slave colony of Dutch Guyana. 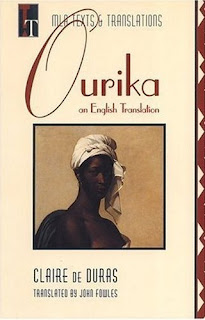 Based on a true story, Ourika relates the experiences of a Senegalese girl who is rescued from slavery and raised by an aristocratic French family during the French Revolution. Brought up in a household of learning and privilege, she is unaware of her difference until she overhears a conversation that makes her suddenly conscious of her race - and of the prejudice it arouses. From this point on, Ourika lives her life not as a French woman but as a black woman "cut off from the entire human race." As the Reign of Terror threatens her and her adoptive family, Ourika struggles with her unusual position as an educated African woman in eighteenth-century Europe. A best-seller in the 1820s, Ourika captured the attention of Duras's peers, including Stendhal, and became the subject of four contemporary plays. The work represents a number of firsts: the first novel set in Europe to have a black heroine, the first French literary work narrated by a black female protagonist, and, as John Fowles points out in the foreword to his translation, "the first serious attempt by a white novelist to enter a black mind." An inspiration for Fowles's acclaimed novel The French Lieutenant's Woman, Ourika will astonish and haunt modern readers.

My goodness gracious! Love the plots of each one.

What strikes me is that clearly the availability of black women in art is restricted, as so many covers have used the same pic. I'm very fond of Condé's cover - or maybe it's the title :)