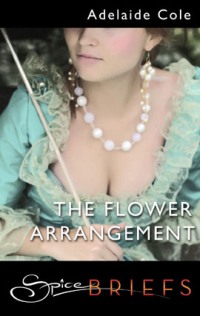 Emma is a maid with ambition. She dreams of opening her own flower shop one day, determined never to lose her independence...or the pleasure she finds in lifting her skirts for a handsome boy.

Emma also dreams of what it would be like to share that pleasure with the master of the house--a fantasy that Master Riggs apparently shares. For when hears about Emma's plans, he proposes an arrangement: he will help Emma achieve her ambition if Emma will help satisfy his desires in exchange... 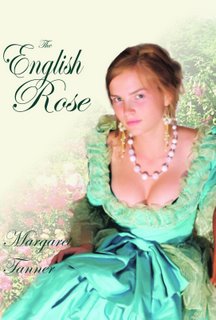 Tommy Lindsay, a high born young Englishwoman arrives in Australia with her two brothers to claim the farm they have inherited from their uncle. White skinned, blue eyed and blonde, she looks the typical English rose, but hidden behind this pale fragility beats the heart of a brave, resourceful young woman, who can ride and shoot as well as any man. She is afraid of nothing, and hopes to find true love in the harsh frontiers of colonial Australia. She needs a strong man, one who will love and cherish her without crushing her spirit, but he has to be prepared to love her little orphaned brother as well, and she knows that a man like this will be very hard to find. She could not find him in England, but hopes that in the untamed frontiers of Australia, such a man might exist. Captain David Lindsay, still suffering from the effects of wounds received in South Africa fighting the Zulus, dreams of starting up a horse stud. Tommy realizes this farm is their only chance to provide a future for themselves and their five year old brother Jamie. Adam Munro has no room in his heart to love a woman all he wants is a presentable wife who will provide him with heirs. He thinks he has found a suitable wife in Sophia Bothroyd, as she is attractive enough to appeal to his masculinity, but more importantly is sole heir to her father's property which adjoins his own. It is only when Sophie's spite and petulance comes to the fore that he realizes she is not the type of woman he has envisaged as being the mother of his sons. Adam wants someone who will lavish love and attention on them when they are small, while he will make men out of them when they are older. For them to endure the harsh upbringing he hadat the hands of a tyrannical father, after his mother died, is abhorrent to him. He realizes that his own wretched childhood has left him with emotional scars that will probably last a lifetime. Adam clashes with Tommy Lindsay every time they meet, and he convinces himself that the little English rose living next door, is the type of woman he despises. He believes he has no love to give anyone, and he doesn't realize how much five year old Jamie Lindsay means to him until the child is lost in the bush. Tommy enlists Adam's aid to find Jamie as she knows it would be foolhardy for someone, like herself, with no knowledge of the bush to go blundering around on her own. When Adam has to lower Tommy into a deep, narrow hole left by rogue miners, so she can rescue Jamie, he realizes that beneath her fragile exterior, the little English rose possesses a lot of courage and he reluctantly admires her for it. After helping Tommy deliver a neighbour's baby, and seeing how gentle and sweet she is with the child, he decides then and there she will be the mother of his sons. After an unpleasant encounter with Sophia when he breaks off their relationship, he is free to pursue Tommy Lindsay. When Tommy rejects his proposal Adam is undeterred, just sets into motion a ruthless plan to force her in to marrying him. With drought laying waste to their farm, with their livestock gone and the bank threatening to foreclose on their mortgage and evict them, Tommy finds she has no choice but to accept Adam's proposal or be left destitute. Jamie is happy with Tommy's decision as Adam is his hero, and even she has to admit that the squatter with all his faults, is patient and very caring when it comes to her smallbrother. After Tommy is forced to marry Adam, she falls in love with him, but can a man afraid to give his heart to a woman, and who thinks sentimentality is a form of weakness, ever come to think of her as anything more than just the mother of his sons? Yes. 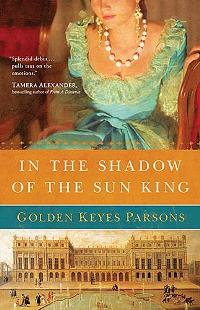 As Huguenots in 17th-Century France, Madeleine Clavell and her family defy French law daily. Though they live in comfort and happiness in the French countryside, their Protestant Christianity is considered traitorous. But they are wary. Persecution is surely at hand.

Then King Louis XIV's dragoons arrive, forcing the family from their country estate. Madeleine must gather her courage and seek out the king in his royal palace at Versailles.

Because Madeleine has a secret. Though years and a thousand choices have separated them, Madeleine and King Louis have a history together. One she feels certain he has not forgotten. She will risk everything to speak to him again. But will the impetuous king choose to save her...and her family? And if so, at what price?