Cover Cliché: Echoes of the Past 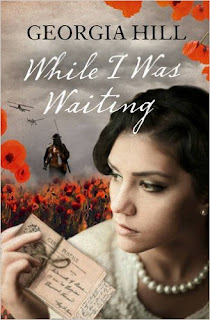 I am really not sure why I am writing this. A foolish whim by a foolish old lady and it will probably sit in a box unread and decay much like its writer when Death makes his careless decision.

But perhaps someone will find it. Someone will care enough to read and somehow I know that will happen.

Tired of her life in London, freelance illustrator Rachel buys the beautiful but dilapidated Clematis Cottage and sets about creating the home of her dreams. But tucked away behind the water tank in the attic and left to gather dust for decades is an old biscuit tin containing letters, postcards and a diary. So much more than old scraps of paper, these are precious memories that tell the story of Henrietta Trenchard-Lewis, the love she lost in the Great War and the girl who was left behind. 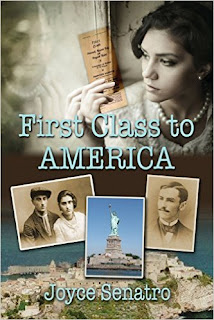 Torn from her beloved Italy, Teresa is brought to America by her abusive husband, Nico. She finds the new world harsh to immigrants, especially women, but is determined to make a better future for her children and herself. Trapped in a loveless marriage, she devises ways to build a small fund that she hopes will bring eventual independence. However, she underestimates her husband's ruthlessness. Then fate brings her into the lives of a special family, and a special man, who offer both opportunities and new complications. However, Teresa never loses sight of her determination to become independent and to make her future travels first class. 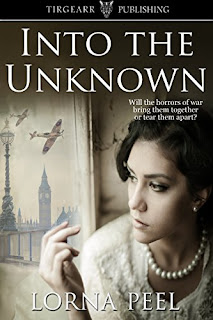 London on 3 September 1939 is in upheaval. War is inevitable. Into this turmoil steps Kate Sheridan newly arrived from Ireland to live with her aunt and uncle and look for work. When she meets Flight Lieutenant Charlie Butler sparks fly, but he is a notorious womaniser. Should she ignore all the warnings and get involved with a ladies man whose life will be in daily danger?

Charlie Butler has no intention of getting involved with a woman. But when he meets Kate his resolve is shattered. Should he allow his heart to rule his head and fall for a nineteen-year-old Irish girl while there is a war to fight?

Private conflicts and personal doubts are soon overshadowed. Will the horrors of total war bring Kate and Charlie together or tear them apart? 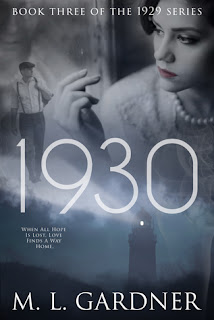 After the gloomy memorial, the formerly pampered 1929 characters mourn the loss of Aryl Sullivan. Claire, now a pregnant widow, is too devastated to cope and withdraws from the group, delving into a deep depression. Caleb drowns his own sorrow in a bottle of whiskey, and Jonathan becomes obsessed with finding the true cause for the boat’s explosion. And Ava anxiously awaits the birth of their child.

As the family and friends come to grips with Aryl’s death, the struggle to survive both emotionally and financially strains everyone in different ways.

So it’s up to Maura to see them past the worst of it, but she faces setbacks of her own when complications arise in her pregnancy. The new sheriff, Marvin, is working both sides of the law and takes advantage of Caleb’s state, getting him involved in bootlegging that threatens the business and his family. A concerned Patrick tries to help him, but stubborn as a mule, Caleb won’t listen.

But the gears of life slowly start to move again, and new friends are made and old enemies return. Claire finds refuge in Gordon, a widower, and the two find a common bond, finally allowing her to move on and accept her new life.

Until she’s met with a shocking surprise.