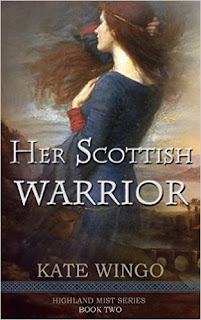 His greatest battle will be for her love. The Highland Mist series continues...

Once sworn enemies, the fearsome knight Sir Galen de Ogilvy and the beautiful, headstrong Scotswoman, Laoghaire MacKinnon, have been ordered by Robert the Bruce to wed one another in order to end the blood feud between their two families. And though their marriage is born of ancient hatreds, beneath the newlyweds’ fiery exchanges an explosive passion simmers. But Laoghaire soon discovers a far more dangerous enemy lurking in the shadows, one who will stop at nothing to sever the burgeoning bond between her and Galen. When the treachery is finally revealed, it will put their love and their lives in deadly peril. 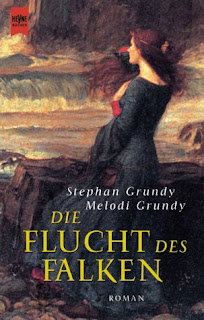 After helping kill her husband to protect her child from his father's Satanic Order, Margerite embarks on a dangerous deception to cover up the murder. She pretends to be an Order priestess to keep the others from taking Wolfram away, but finds she cannot shed this falsehood so easily. Given in marriage to her husband's opponent to seal the end of the feud, she finds her youngest stepson has been instructed to continue her training in the black arts. She struggles to balance the safety of her child with the disposition of her soul, all the while trying to be faithful to her new husband when her heart actually belongs to her dead husband's captain of the guard. Even there she must choose as her love, Bertram, rushes off to save his own people from the Order and her stepson invites a demon to inhabit his older brother. Who should she aid first, and just how is she to do either while keeping herself and her baby safe? 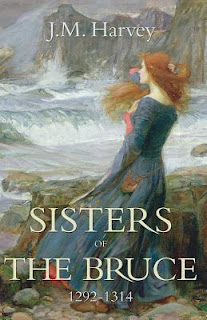 Set against the wild and perilous background of Scotland in the late 13th century, the adventurous lives of Robert the Bruce's five sisters come to life through their own words in a series of letters. Courage and tenacity are often associated with Scotland's great hero, but few appreciate the enormous challenges experienced by these remarkable sisters. Their intimate account of family life resonates still with love, loss and hope.

Isa leaves home to sail to the land of the Vikings to become Queen of Norway whilst her sister, Kirsty, finds herself Countess of Mar and chatelaine of the great Kildrummy Castle in Scotland's far northeast. Danger looms and the younger sisters, Mathilda and Margaret, escape to Orkney with Kirsty's children. As Scotland spirals into war, Robert's sisters face the wrath of King Edward of England, whose vengeance wrought the brutal death of William Wallace. Kirsty is incarcerated alone in an English nunnery, whilst Mary endures years of misery within a cage hanging from the walls of Roxburgh Castle. Under Robert's kingship, old wounds heal and Scotland's fighting force achieves a resounding victory at the Battle of Bannockburn. Only then are the fragile, traumatised women released, through the ransoming of English nobles, to return home to rebuild their shattered lives... 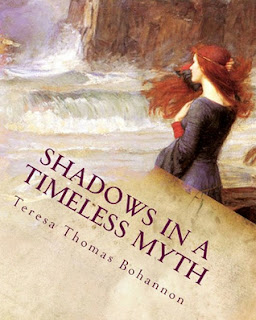 The Lindsey Mountain Massacre was the stuff of legend-the spine chilling, wicked-cruel kind of story that evil-humored folk like to share on a dark and moonless night. It held all the makings of a fine and frightful tale, a blustering blizzard of a winter storm, a candlelit, backwoods mansion in the heart of the Blue Ridge Mountains, a Christmas Eve celebration in the year of nineteen and one, good folk killed by a vengeful haint... or a rabid bear-depending on who was doing the telling. Truth be told, no one ever really found out exactly what did happen or why, nor even realized just how far from the truth all their old stories fell...'til more than a century later, when folks 'round Lindsey started mysteriously disappearing and dying...and the ancient ones returned. From the nevermore mists, lost among dark realms of nothingness and myriad points of twinkling light, in a place that had never really been before or since, the Fates appeared, and with caprice and whimsy created all that followed as unscripted players on a stage designed for no more mind or purpose than to lessen the burdens that neverending eons of time lay upon the creators themselves. Vampiri, Sorceri, Faielri, Demorni...four distinct races, each imbued with a different bit of life and gnosis drawn from their creator's very souls-each with a Magick all their own. Each, in turn, allowed to play their own unique roles upon this wondrous stage and reign over all its beasts before fading away into an eternal life within the Paths of Mist. Each leaving the world, with their passing, a little less perfect, a little less Magick, a little dirtier, a little plainer...a little less desirable than before. This is the tale of three who dared defy the Fates...and the humans who paid the price. 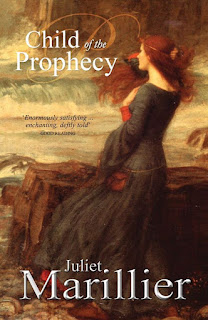 Child of the Prophecy is the thrilling conclusion to Juliet Marillier's award-winning Sevenwaters Trilogy.

Magic is fading... and the ways of Man are driving the Old Ones to the West, beyond the ken of humankind. The ancient groves are being destroyed, and if nothing is done, Ireland will lose its essential mystic core.

The prophecies of long ago have foretold a way to prevent this horror, and it is the Sevenwaters clan that the Spirits of Eire look to for salvation. They are a family bound into the lifeblood of the land, and their promise to preserve the magic has been the cause of great joy to them... as well as great sorrow.

It is up to Fianne, daughter of Niamh, the lost sister of Sevenwaters, to solve the riddles of power. She is the shy child of a reclusive sorcerer, and her way is hard, for her father is the son of the wicked sorceress Oonagh, who has emerged from the shadows and seeks to destroy all that Sevenwaters has striven for. Oonagh will use her granddaughter Fianne most cruelly to accomplish her ends, and stops at nothing to see her will done.

Will Fianne be strong enough to battle this evil and save those she has come to love?