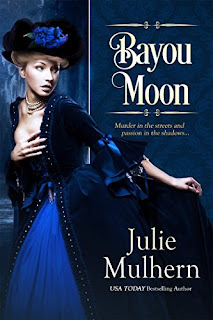 New Orleans, 1902. A killer walks the streets of New Orleans, eviscerating men and leaving them in the streets, and for madam Trula Boudreaux, it's bad for business. Trula needs help but she's not prepared for Zeke Barnes, the charming would-be savior who darkens her doorway-or the yearning he awakens. For while Trula knows well the delights of lust, she avoids love at all costs... Investigating the killer was one thing, but Zeke can't help but be enchanted by the gorgeous mystery woman who runs an exclusive brothel. Caught between his duty to protect the city and his clear-as-day desire for Trula, Zeke sets about capturing Trula's heart-or at least a place in her bed. But with every moment Trula resists, Zeke falls into greater danger. For his investigation into the haunted city and madam doesn't just risk his heart but both their lives.

Bayou Moon was previously released as A Haunting Desire in July 2015. 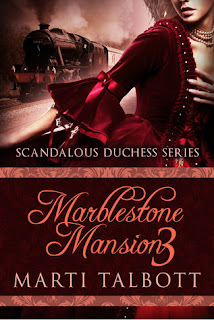 Cameron MacGreagor’s wife, Flora, passed peacefully in her sleep, taking their unborn child with her. Consumed with grief, he didn’t think he would ever recover, but a child in need of a family changed all that. There was only one problem; she was the daughter of the last person the MacGreagors ever wanted to see again.

Jedediah Tanner became a thief at the early age of twelve. By the time he was twenty-six, he decided to give up his life of crime, find an honest wife and settle down. Little did he know, the remarkably beautiful woman he would fall madly in love with had a few priors of her own. 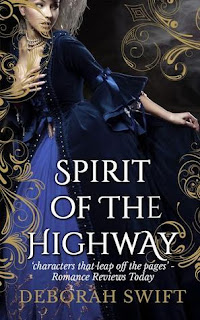 England has been engaged in a bitter Civil War for nearly ten years. Ralph Chaplin, a farmer’s son, has fallen for beautiful copper-haired Kate. There is only one problem – he is a Roundhead soldier and she is a Royalist lady.

Tired of bloodshed, Ralph volunteers to fight, sensing that the Battle at Worcester will be a chance to finish the fighting for good. He longs for peace, so he can forge a secure future and find a different, more equal way of life for himself and Kate.

But War is not what he imagined, and soon he has made a deadly enemy; one who will pursue Ralph and those he loves, and wreak vengeance. What’s more, Ralph finds he has as many enemies at home, as on the battlefield.

Told by Ralph’s ghost, Spirit of the Highway is the stand-alone second part of the Highway Trilogy based on the real life and legend of Lady Katherine Fanshawe, Highwaywoman. 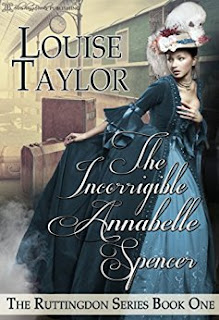 The Honourable Annabelle Spencer might have been called The Incorrigible Annabelle Spencer. She chafes at the rules and restrictions that forbid a proper Victorian young lady doing anything fun or dangerous. These strictures were most difficult to endure while growing up in a household with six rowdy brothers, and one might be tempted to forgive Annabelle her penchant for pushing against the arbitrary boundaries set round her gender.

Still, Annabelle’s fondness for exploring the outer limitations of propriety does not imply that she has no desire to find someone in her life strong enough to take her in hand when she has gone too far. Willfully jumping onto the wrong train, and then travelling alone with a handsome stranger to a house party is bad enough behaviour to get her into all sorts of trouble with the people who are putatively in charge of her. But when that stranger expertly takes her over his lap for exactly that wrongful behaviour, and gives her the bare-bottomed, erotic spanking she has always craved, Annabelle knows that she is far out of her depth.

In such company as this man’s, can Annabelle maintain the image of the demure young lady that society demands? Or will this ruffian in gentleman’s garb, who has a gentleman’s manners but not a gentleman’s mannerisms—at least in one very important respect—turn this young lady into the perfect spanking submissive he has always dreamed of? The Duke of Rothmuir, a member of the infamous Ruttingdon Club, is most determined to find out, and Annabelle must decide for herself just how much of this lewd peer’s lascivious but oh, so welcome attentions to her body and soul she can take.

They are all nice, but it took me a moment to find the woman in the Middlestone Mansions one. I think number 3 strikes my fancy the most!

I have definately seen that cover used on at least one other book. I suppose its a stock image? I do like your 'Cover Cliches' section. Could I borrow the idea- or is it copyrighted?

All of the images in the Cover Cliche series are stock photos and I'm glad you like my posts. I don't mind you using the idea, but a mention or a link would be appreciated. If you decide make it a regular thing, I'd be happy to post links as well.