This month's theme was inspired by the movie Parkland which I decided to rent after reading Bobby Kennedy: The Making of a Liberal Icon by Larry Tye. The movie is based on Four Days in November: The Assassination of President John F. Kennedy by Vincent Bugliosi which I'm trying to track down as we speak, but the events of November 22, 1963 are on my mind and I figured it make a interesting if intense topic for this month's wishlist. 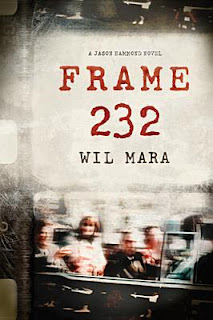 During the reading of her mother’s will, Sheila Baker discovers that she has inherited everything her parents ever possessed, including their secrets. A mysterious safe deposit box key leads her to the answers to one of history’s greatest conspiracies: who killed John F. Kennedy? Not only does she have the missing film, revealing her mother as the infamous babushka lady, but she has proof that there was more than one shooter.

On the run from people who would stop at nothing to keep secrets buried, Shelia turns to billionaire sleuth Jason Hammond for help. Having lost his own family in a tragic plane crash, Jason knows a thing or two about running from the past. With a target on their backs, can Jason uncover the truth in time, or will this shooter finally make their mark? 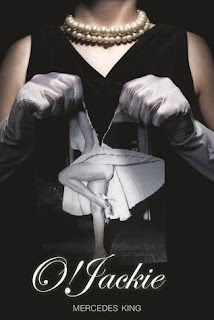 O! Jackie explores the private life of Jackie Kennedy, her heartbreaking struggles, difficult relationships, and deep desire to end JFK's wandering ways. As a faithful wife devoted to an unfaithful husband, Jackie knew humiliation well. Living in the public eye intensified her disgrace. Through the years, Jack Kennedy's lustful escapades grew in carelessness and frquency. When his trysts with Marilyn Monroe threaten to become public, Jackie must decide how far she'll go to save the presidency and her marriage. 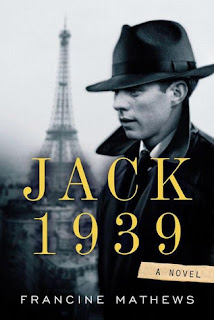 It’s the spring of 1939, and the prospect of war in Europe looms large. The United States has no intelligence service. In Washington, D.C., President Franklin Roosevelt may run for an unprecedented third term and needs someone he can trust to find out what the Nazis are up to. His choice: John F. Kennedy.

It’s a surprising selection. At twenty-two, Jack Kennedy is the attractive but unpromising second son of Joseph P. Kennedy, Roosevelt’s ambassador to Britain (and occasional political adversary). But when Jack decides to travel through Europe to gather research for his Harvard senior thesis, Roosevelt takes the opportunity to use him as his personal spy. The president’s goal: to stop the flow of German money that has been flooding the United States to buy the 1940 election—an election that Adolf Hitler intends Roosevelt lose.

In a deft mosaic of fact and fiction, Francine Mathews has written a gripping espionage tale that explores what might have happened when a young Jack Kennedy is let loose in Europe as the world careens toward war. A potent combination of history and storytelling, Jack 1939 is a sexy, entertaining read. 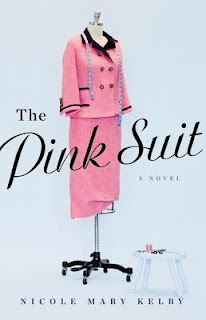 On November 22, 1963, the First Lady accompanied her husband to Dallas, Texas dressed in a pink Chanel-style suit that was his favorite. Much of her wardrobe, including the pink suit, came from the New York boutique Chez Ninon where a young seamstress, an Irish immigrant named Kate, worked behind the scenes to meticulously craft the memorable outfits.

While the two never met, Kate knew every tuck and pleat needed to create the illusion of the First Lady's perfection. When the pink suit became emblematic, Kate's already fragile world--divided between the excess and artistry of Chez Ninon and the traditional values of her insular neighborhood--threatened to rip apart.

Moving from the back rooms of Chez Ninon to the steps of Air Force One, The Pink Suit is an enchanting, unforgettable novel about hope and heartbreak, and what became of the American Dream. 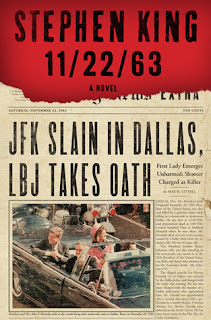 Life can turn on a dime—or stumble into the extraordinary, as it does for Jake Epping, a high school English teacher in Lisbon Falls, Maine. While grading essays by his GED students, Jake reads a gruesome, enthralling piece penned by janitor Harry Dunning: fifty years ago, Harry somehow survived his father’s sledgehammer slaughter of his entire family. Jake is blown away...but an even more bizarre secret comes to light when Jake’s friend Al, owner of the local diner, enlists Jake to take over the mission that has become his obsession—to prevent the Kennedy assassination. How? By stepping through a portal in the diner’s storeroom, and into the era of Ike and Elvis, of big American cars, sock hops, and cigarette smoke... Finding himself in warmhearted Jodie, Texas, Jake begins a new life. But all turns in the road lead to a troubled loner named Lee Harvey Oswald. The course of history is about to be rewritten...and become heart-stoppingly suspenseful.