I've been quiet this month, but in my defense my 2017 is off to a fabulously dramatic start and I needed some time to work through a few things. Needless to say I'm looking forward to March, but that said, I'm kicking off my return with February's Wishlist.

I had a little trouble coming up with a theme this go round, but I finally landed on something and had a little fun in the process. I follow a wonderful group of book bloggers and they are forever posting books that tickle my fancy so I decided to dedicate this month's post to shared wishlist reads. The list is diverse, but I love what it represents and how it exhibits the friendships we've forged since coming together. 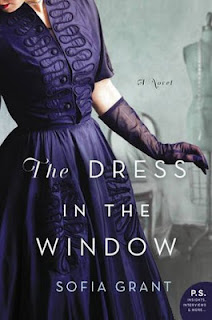 A perfect debut novel is like a perfect dress—it’s a “must have” and when you “try it on” it fits perfectly. In this richly patterned story of sisterhood, ambition, and reinvention Sofia Grant has created a story just right for fans of Vintage and The Dress Shop of Dreams.

World War II has ended and American women are shedding their old clothes for the gorgeous new styles. Voluminous layers of taffeta and tulle, wasp waists, and beautiful color—all so welcome after years of sensible styles and strict rationing.

Jeanne Brink and her sister Peggy both had to weather every tragedy the war had to offer—Peggy now a widowed mother, Jeanne without the fiancé she’d counted on, both living with Peggy’s mother-in-law in a grim mill town. But despite their grey pasts they long for a bright future—Jeanne by creating stunning dresses for her clients with the help of her sister Peggy’s brilliant sketches.

Together, they combine forces to create amazing fashions and a more prosperous life than they’d ever dreamed of before the war. But sisterly love can sometimes turn into sibling jealousy. Always playing second fiddle to her sister, Peggy yearns to make her own mark. But as they soon discover, the future is never without its surprises, ones that have the potential to make—or break—their dreams. 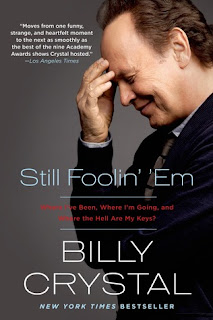 Hilarious and heartfelt observations on aging from one of America’s favorite comedians as he turns 65, and a look back at a remarkable career.

Billy Crystal is turning 65, and he’s not happy about it. With his trademark wit and heart, he outlines the absurdities and challenges that come with growing old, from insomnia to memory loss to leaving dinners with half your meal on your shirt. In humorous chapters like “Buying the Plot” and “Nodding Off,” Crystal not only catalogues his physical gripes, but offers a road map to his 77 million fellow baby boomers who are arriving at this milestone age with him.

He also looks back at the most powerful and memorable moments of his long and storied life, from entertaining his relatives as a kid in Long Beach, Long Island, his years doing stand-up in the Village, up through his legendary stint at Saturday Night Live, When Harry Met Sally, and his long run as host of the Academy Awards. Readers get a front-row seat to his one-day career with the New York Yankees (he was the first player to ever “test positive for Maalox”), his love affair with Sophia Loren, and his enduring friendships with several of his idols, including Mickey Mantle and Muhammad Ali. He lends a light touch to more serious topics like religion (“the aging friends I know have turned to the Holy Trinity: Advil, bourbon, and Prozac”), grandparenting, and, of course, dentistry. As wise and poignant as they are funny, Crystal’s reflections are an unforgettable look at an extraordinary life well lived. 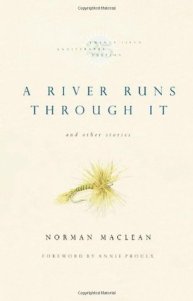 Just as Norman Maclean writes at the end of “A River Runs through It” that he is “haunted by waters,” so have readers been haunted by his novella. A retired English professor who began writing fiction at the age of 70, Maclean produced what is now recognized as one of the classic American stories of the twentieth century. Originally published in 1976, A River Runs through It and Other Stories now celebrates its twenty-fifth anniversary, marked by this new edition that includes a foreword by Annie Proulx.

Maclean grew up in the western Rocky Mountains in the first decades of the twentieth century. As a young man he worked many summers in logging camps and for the United States Forest Service. The two novellas and short story in this collection are based on his own experiences—the experiences of a young man who found that life was only a step from art in its structures and beauty. The beauty he found was in reality, and so he leaves a careful record of what it was like to work in the woods when it was still a world of horse and hand and foot, without power saws, “cats,” or four-wheel drives. Populated with drunks, loggers, card sharks, and whores, and set in the small towns and surrounding trout streams and mountains of western Montana, the stories concern themselves with the complexities of fly fishing, logging, fighting forest fires, playing cribbage, and being a husband, a son, and a father. 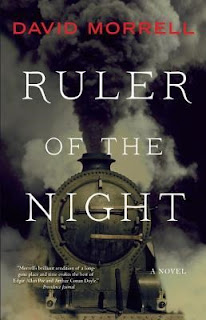 Thomas De Quincey is beginning to control his opium addiction when the excitement of his current case threatens to unravel his grip on reality once and for all. On their way home to the Lake District, the De Quinceys become unwitting witnesses to a truly historic murder: the first to take place on one of England's newly constructed railways.

The railways changed everything in the Victorian era, transforming the English countryside, revolutionizing modern industry, and as the De Quinceys discover, providing the perfect escape. Giving chase in a cat-and-mouse game unlike any that have come before, the De Quinceys uncover a dangerous secret that reaches all levels of English society. 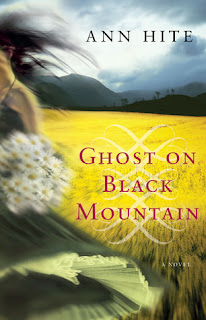 Nellie Clay married Hobbs Pritchard without even noticing he was a spell conjured into a man, a walking, talking ghost story. But her mama knew. She saw it in her tea leaves: death. Folks told Nellie to get off the mountain while she could, to go back home before it was too late. Hobbs wasn’t nothing but trouble. He’d even killed a man. No telling what else. That mountain was haunted, and soon enough, Nellie would feel it too. One way or another, Hobbs would get what was coming to him. The ghosts would see to that...

Told in the stunning voices of five women whose lives are inextricably bound when a murder takes place in rural Depression-era North Carolina, Ann Hite’s unforgettable debut spans generations and conjures the best of Southern folk-lore—mystery, spirits, hoodoo, and the incomparable beauty of the Appalachian landscape.