I usually have trouble coming up with themes for my monthly wishlists, so when an idea strikes me out of the blue, I tend to take notice. This one actually materialized last June while I was cruising Amazon looking for covers to crush in July. A book caught my eye and I clicked over, read the description, jumped over to Goodreads, added it to my TBR and wondered when I last read a book set in Wales. I don't know the answer, I'm too lazy to look it up as I am writing this and will very likely forget before I finish formatting the post, but I decided to see what I could find and just like that, a wishlist theme was born! 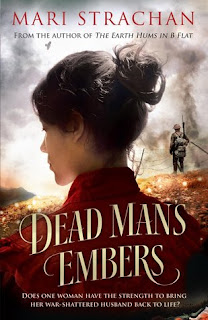 In the aftermath of the Great War, Non Davies wakes one morning to find her husband crouching under the kitchen table in a cold sweat and with fear in his eyes, shouldering an imaginary rifle. During the intense heat of that summer she forces herself to sit and watch him, knowing she has to discover what has changed her Davey so completely. A mysterious letter addressed to Davey gives her the clue she needs and takes her to London in search of an answer. When she returns home Non realizes that the dark secrets of his behavior are working their way ever closer to the surface—secrets that will shatter the fragile happiness of their community if they ever become known. This wonderful piece of storytelling is rich in atmosphere and full of characters that leap from the page. 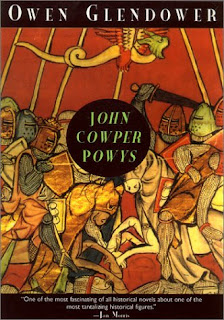 It is the year 1400, and Wales is on the brink of a bloody revolt. At a market fair on the banks of the River Dee a mad rebel priest and his beautiful companion are condemned to be burned at the stake. To their rescue rides the unlikely figure of Rhisiart, a young Oxford scholar, whose fate will be entangled with that of Owen Glendower, the last true Prince of Wales-a man called, at times against his will, to fulfill the prophesied role of national redeemer. Psychologically complex, sensuous in its language, vivid in its evocation of a period shrouded by myth, Owen Glendower tells a compelling story of war, love, and magic. 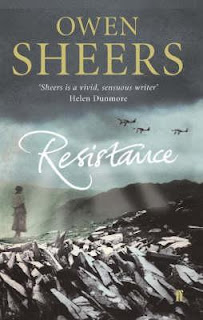 1944. After the fall of Russia and the failed D-Day landings, half of Britain is occupied . . . Young farmer's wife Sarah Lewis wakes to find her husband has disappeared, along with all of the men from her remote Welsh village.

A German patrol arrives in the valley, the purpose of their mission a mystery. Sarah begins a faltering acquaintance with the patrol's commanding officer, Albrecht, and it is to her that he reveals the purpose of his mission - to claim an extraordinary medieval art treasure that lies hidden in the valley. But as the pressure of the war beyond presses in on this isolated community, this fragile state of harmony is increasingly threatened. 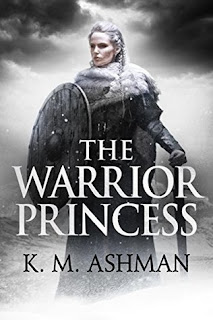 1135 AD. Wales is a broken land. Many of its true-born rulers are in hiding, or married into noble English families. But, though low and dim, a flame of vengeance still burns…

In the southern kingdom of Deheubarth, Gerald of Windsor governs. Firm but fair, he commands the respect of those he reigns over, and the love of Nesta, his wife.

But then treachery strikes from the heart of the English ranks and peace and stability are quickly forgotten. Nesta, daughter of a long-dead prince, is more than what she seems. And when her family is threatened, she takes drastic action to protect it…

In the mountainous rebel heartland of Cantref Mawr, the Welsh resistance has found a new figurehead: a fearless warrior, born with a sword in her hand, and with vengeance in her heart.

The Warrior Princess is coming. And the English will know fear. 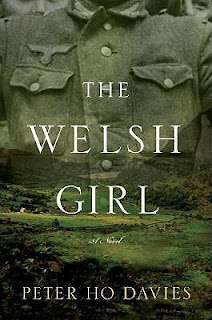 From the acclaimed writer Peter Ho Davies comes an engrossing wartime love story set in the stunning landscape of North Wales during the final, harrowing months of World War II.

Young Esther Evans has lived her whole life within the confines of her remote mountain village. The daughter of a fiercely nationalistic sheep farmer, Esther yearns for a taste of the wider world that reaches her only through broadcasts on the BBC. Then, in the wake of D-day, the world comes to her in the form of a German POW camp set up on the outskirts of Esther's village.

The arrival of the Germans in the camp is a source of intense curiosity in the local pub, where Esther pulls pints for both her neighbors and the unwelcome British guards. One summer evening she follows a group of schoolboys to the camp boundary. As the boys heckle the prisoners across the barbed wire fence, one soldier seems to stand apart. He is Karsten Simmering, a German corporal, only eighteen, a young man of tormented conscience struggling to maintain his honor and humanity. To Esther's astonishment, Karsten calls out to her.

These two young people from worlds apart will be drawn into a perilous romance that calls into personal question the meaning of love, family, loyalty, and national identity. The consequences of their relationship resonate through the lives of a vividly imagined cast of characters: the drunken BBC comedian who befriends Esther, Esther's stubborn father, and the resentful young British "evacuee" who lives on the farm -- even the German-Jewish interrogator investigating the most notorious German prisoner in Wales, Rudolf Hess.