The most surprising thing about this month's theme is how long it took me to get around to using it. My coffee addiction is the stuff of legend and I'm not just saying that. Seriously, ask my friends, they wont lie and they love giving me a hard time over my drink of choice. 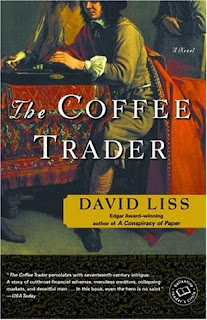 The Edgar Award–winning novel A Conspiracy of Paper was one of the most acclaimed debuts of 2000. In his richly suspenseful second novel, author David Liss once again travels back in time to a crucial moment in cultural and financial history. His destination: Amsterdam, 1659—a mysterious world of trade populated by schemers and rogues, where deception rules the day.

On the world’s first commodities exchange, fortunes are won and lost in an instant. Miguel Lienzo, a sharp-witted trader in the city’s close-knit community of Portuguese Jews, knows this only too well. Once among the city’s most envied merchants, Miguel has lost everything in a sudden shift in the sugar markets. Now, impoverished and humiliated, living on the charity of his petty younger brother, Miguel must find a way to restore his wealth and reputation.

Miguel enters into a partnership with a seduc-tive Dutchwoman who offers him one last chance at success—a daring plot to corner the market of an astonishing new commodity called “coffee.” To succeed, Miguel must risk everything he values and test the limits of his commercial guile, facing not only the chaos of the markets and the greed of his competitors, but also a powerful enemy who will stop at nothing to see him ruined. Miguel will learn that among Amsterdam’s ruthless businessmen, betrayal lurks everywhere, and even friends hide secret agendas.

With humor, imagination, and mystery, David Liss depicts a world of subterfuge, danger, and repressed longing, where religious and cultural traditions clash with the demands of a new and exciting way of doing business. Readers of historical suspense and lovers of coffee (even decaf) will be up all night with this beguiling novel. It is 1895. Robert Wallis, would-be poet, bohemian and impoverished dandy, accepts a commission from coffee merchant Samuel Pinker to categorise the different tastes of coffee - and encounters Pinker's free-thinking daughters, Philomenia, Ada and Emily. As romance blossoms with Emily, Robert realises that the Muse and marriage may not be incompatible after all. Sent to Abyssinia to make his fortune in the coffee trade, he becomes obsessed with a negro slave girl, Fikre. He decides to use the money he has saved to buy her from her owner - a decision that will change not only his own life, but the lives of the three Pinker sisters... 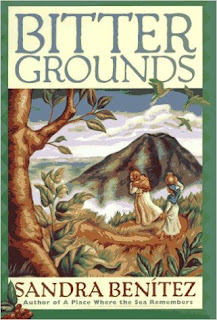 Spanning the years between 1932 and 1977, this beautifully told epic is set in the heart of El Salvador, where coffee plantations are the center of life for rich and poor alike. Following three generations of the Prieto Clan and the wealthy family they work for, this is the story of mothers and daughters who live, love, and die for their passions. 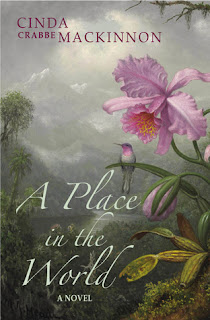 Alicia, a young American expat, marries Colombian Jorge Carvallo and they settle on his family's remote coffee finca in the Andes. Educated as a biologist, she revels in the surrounding cloud-forest. However, following an idyllic year, calamities strike one after another and their marriage begins to unravel. Jorge leaves as a volcanic eruption nearly destroys the coffee crop and the threat of guerrillas and drug-lords looms; but headstrong Alicia refuses to budge and stays to salvage the coffee. A woman without a country in a man's world, the initially naive Alicia survives by her wit and determination. A passionate affair ensues with Peter, a rugged geologist. She also forms a tight friendship with Carmen, the barefoot woman who has worked for the Carvallo family most of her life. Despite being separated by class and nationality, these two single mothers forge a strong bond. The intricate web of events climaxes when Alicia finds herself in a life-threatening situation, ultimately forcing her to come to terms with herself and the unconventional life she has adopted. 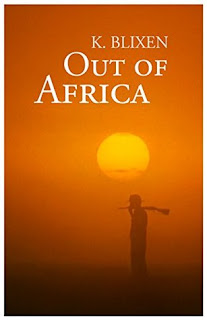 Out of Africa is Isak Dinesen's memoir of her years in Africa, from 1914 to 1931, on a four-thousand-acre coffee plantation in the hills near Nairobi. She had come to Kenya from Denmark with her husband, and when they separated she stayed on to manage the farm by herself, visited frequently by her lover, the big-game hunter Denys Finch-Hatton, for whom she would make up stories "like Scheherazade." In Africa, "I learned how to tell tales," she recalled many years later. "The natives have an ear still. I told stories constantly to them, all kinds." Her account of her African adventures, written after she had lost her beloved farm and returned to Denmark, is that of a master storyteller, a woman whom John Updike called "one of the most picturesque and flamboyant literary personalities of the century."